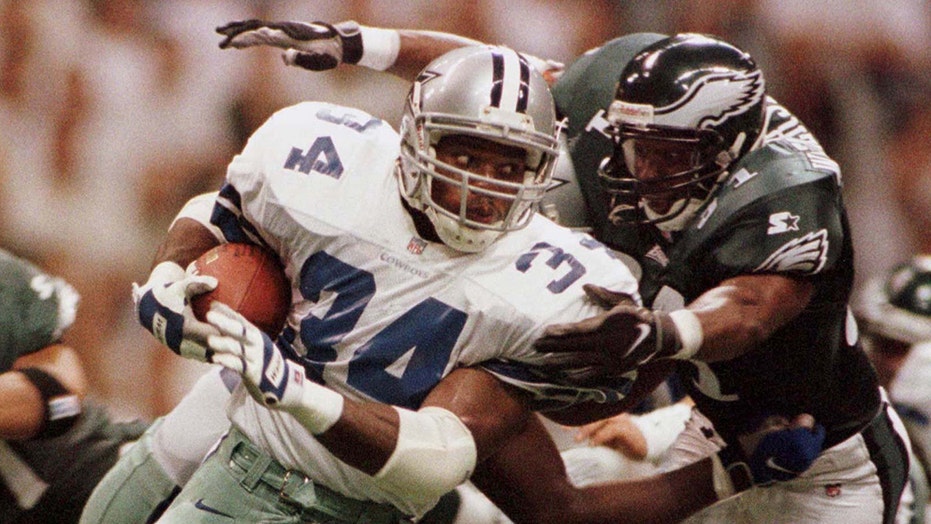 Herschel Walker may be one of the most important players in pro football history and he believes his stats, including those from the United States Football League, should make him a Hall of Famer.

Walker, 58, told the Pioneer Press in an interview published Monday that his total body of work speaks for itself and that should be more than enough to get a bust in Canton, Ohio.

“If you look at my stats, I should be in the hall of fame,” he said. “My stats showed that I produced.”

Herschel Walker started his NFL career with the Cowboys. (Reuters)

Walker, a Heisman Trophy winner at Georgia, was among the big-name talent who played at the USFL before taking his talents to the NFL. He rushed for more than 5,500 yards with the New Jersey Generals.

The Dallas Cowboys drafted Walker in the fifth round of the 1985 draft to retain his rights and was later involved in one of the biggest trades in NFL history. The Cowboys traded Walker to the Minnesota Vikings for five players and six future draft picks, which the team used to take Emmitt Smith and Darren Woodson, among others.

LIONS GM BOB QUINN TO HAVE IT GUY STATIONED IN RV OUTSIDE HIS HOME DURING DRAFT: REPORT

He finished his career with 18,168 all-purpose yards when he retired from the NFL. At the time, he was second all-time to Walter Payton. He had 8,225 rushing yards and 61 rushing touchdowns.

“Let’s just forget about my USFL days,” he told the paper. “Look at my stats in the NFL. Look at my combined yards. Plus, I had 500 some catches (512). Those stats are good enough to be in the hall of fame. That’s what people need to look at when they start talking about numbers and all that.”

Walker only played in one playoff game for the Vikings and never rushed for more than 1,000 yards when he was with the team. He told the Pioneer Press he didn’t feel that the Vikings coaches were prepared for him to come and didn’t come up with an offensive scheme to put him in.

“What happened is I don’t think the [Vikings’] coaches were ready for Herschel Walker, and they didn’t even know it was a trade,” Walker said. “They weren’t prepared for me, but then after I left Minnesota for Philly, things changed and I started doing the things I had been doing [in Dallas].

“They didn’t give me an opportunity to fit. Everybody said, ‘He’s an I-back,’ and this and that. But it’s funny, when I went to Minnesota, they hardly threw me any passes. But I caught balls before I went there, and after I went to Philly, I started catching balls again. So, that’s so weird.”

Walker played for the Philadelphia Eagles and New York Giants over the course of his career. He finished up in Dallas, playing some games as a fullback. He last played in the NFL in 1997.