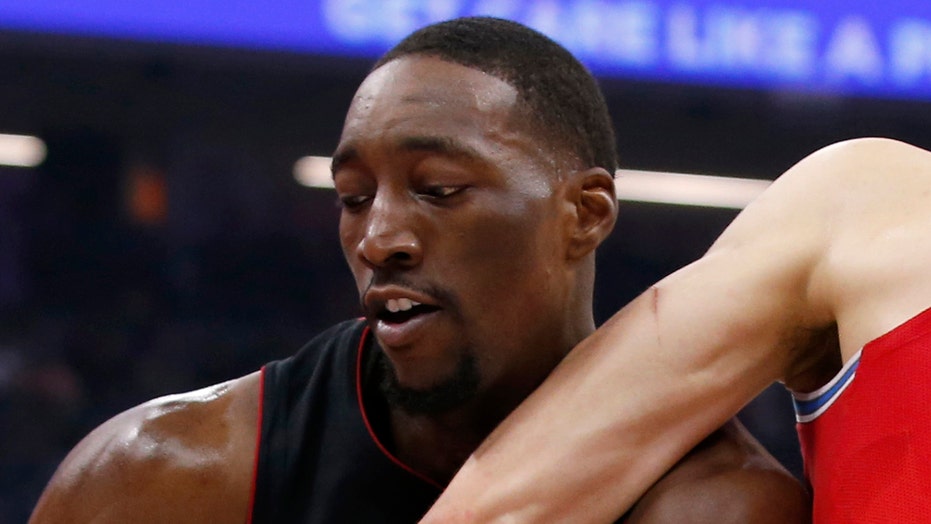 The NBA has not officially revealed a plan for when the season should get underway again even as rumors fly about playing in Florida or Las Vegas.

Miami Heat star Bam Adebayo is among the athletes who are concerned about how to stay safe and avoid contracting or giving the coronavirus. He told the Associated Press that some other players’ routines involve wiping the sweat off of them and then touching the ball.

“Some players like Steve Nash used to lick his hands,” Adebayo said. “Some people still have that in their routine. Some people wipe the sweat off their face and put it on the ball. It’s going to be weird how they try to control it, because we have to touch each other. And then you have to worry about the family members that we may be touching.”

There has been no official word from the NBA about when the season will start up again.

MICHAEL JORDAN'S UNTOLD STORY OF HOW HE SWITCHED BACK FROM NO. 45 TO NO. 23 WITH BULLS

According to ESPN, the league is considering a “playoff-plus” format that would include 16 teams and four Western Conference “bubble teams.” The league is also considering allowing family members in Orlando with the players.

The NHL and National Women’s Soccer League have already announced plans for their return.