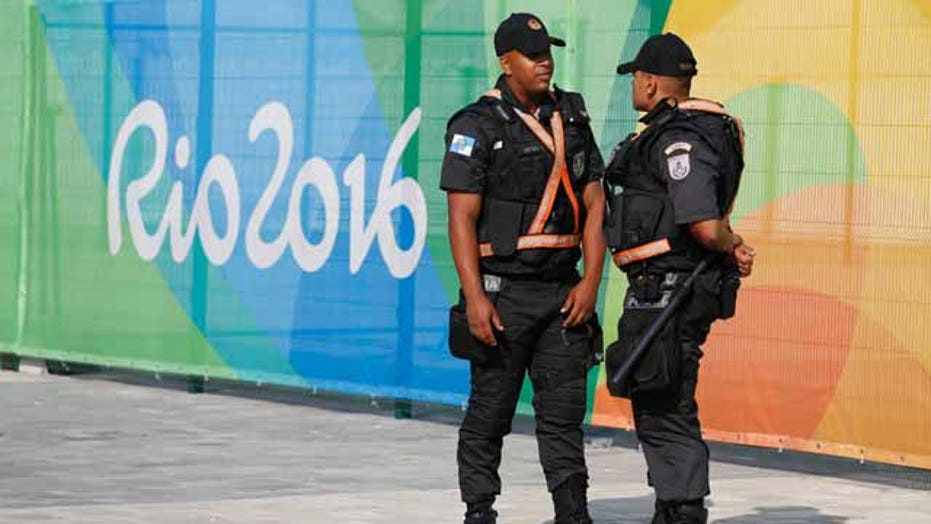 Rio Olympics security: 'They're living in a pre-9/11 world'

Security expert and author of the book

Rio de Janeiro – The most worrisome part about Olympic security preparations may well be how confident Brazilian officials sound when they are talking about the subject.

"Brazil has been spared the worst of these tragedies of terrorism. They're living in essentially a pre-9/11 world," Sean Costigan, a security consultant and the author of the book "Terrornomics," told Fox News Latino. "That, in essence, grants them a bit of luxury to think about crime as the [biggest] problem they need to deal with."

Which may be why the U.S. has been motivated to get involved with Brazil's efforts to prevent a terrorist attack at the 2016 Summer Olympics in Rio.

Along with worries of the Zika virus and Rio de Janeiro’s readiness as host city, security and safety have been atop most people’s lists of concerns for the Games, especially given a surge in murders in Rio this year and recent terror attacks that have occurred in Europe and the U.S.

The crippling recession that has laid low Brazil’s economy has only exacerbated the already precarious situation of millions who live in the city's favelas, or urban slums. A few athletes already saying they have been mugged at gunpoint, including members of both Spain’s and Australia’s sailing teams – one, a New Zealand jiu-jitsu athlete, was allegedly targeted by two Military Police officers who have since been arrested.

“Rio has become synonymous with crime,” Costigan said. “It’s natural for the government to focus its efforts on street crime given the tourists that are coming in.”

The Brazilian Tourism Board expects between 350,000 and 500,000 people to visit Rio during the two-plus weeks that the Olympics take place. There also will be around 11,000 athletes in the city to compete in the games.

"This is not an isolated incident, athletes have been mugged while training or competing in Rio test events and we want our athletes protected," Kitty Chiller, Australia's Olympic team leader, said after one mugging. "We have briefed our athletes leading into the Games. Basically we are saying that if you are confronted by criminals, comply, hand over your belongings and don't argue.”

Brazilian authorities – with the help of FBI information – have gone on the offensive in recent weeks against potential terrorist threats, arresting more than a dozen men who had pledged allegiance to the Islamic State (ISIS), even as ISIS put out calls to recruit Portuguese speakers and extremist social media channels have suggested numerous ways to mount an Olympic attack.

Soldiers wearing bulletproof vests and carrying automatic weapons have blanketed the airports, malls and tourist areas in the last week. Authorities say 85,000 soldiers and police officers will be on patrol during the games, roughly twice the number who maintained security in London.

“Most of the preparations have been dealing with a Munich-style terrorist attack,” Costigan said, referring to kidnapping and eventual killing of 11 Israeli Olympic athletes by the Palestinian terror group, Black September, during the 1972 Olympic Games.

"You can't do international terrorism [prevention] without international information sharing," he told FNL. "The U.S. is working with Brazilian officials and Brazilian intelligence to assist in ascertaining who might be a threat and in other ways."

A situation like the one that occurred at the 1972 Olympics is unlikely, he said Instead, authorities should be more concerned with a so-called “lone wolf” attack like those that recently occurred in Nice, France and Orlando, Florida.

Visitors to Brazil have expressed mixed feelings when it comes to their safety during the Olympic Games, with some saying the news reports have made them more concerned about the potential for violence.

“I started researching and a lot of news came out saying there were terrorists in several states of Brazil,” 25-year-old Lara Maestrello Kuriki told FNL. “Then I got scared.”

Other visitors to Rio, however, say that, while they are taking precautions, they aren’t letting the threat of violence stop them from enjoying the Olympics.

“I just came back from the European Championship in France, and this fear of terrorism was present there too,” Thiago Pellicari, a 26-year-old banker from Rio, told FNL. “I think that in Brazil, there is a risk, but nothing is stopping me from going to watch the games. I think it's a risk like any other. I am not worried. I am confident with the security.”

Rebekah Sager and Carolina Torres contributed to this story.