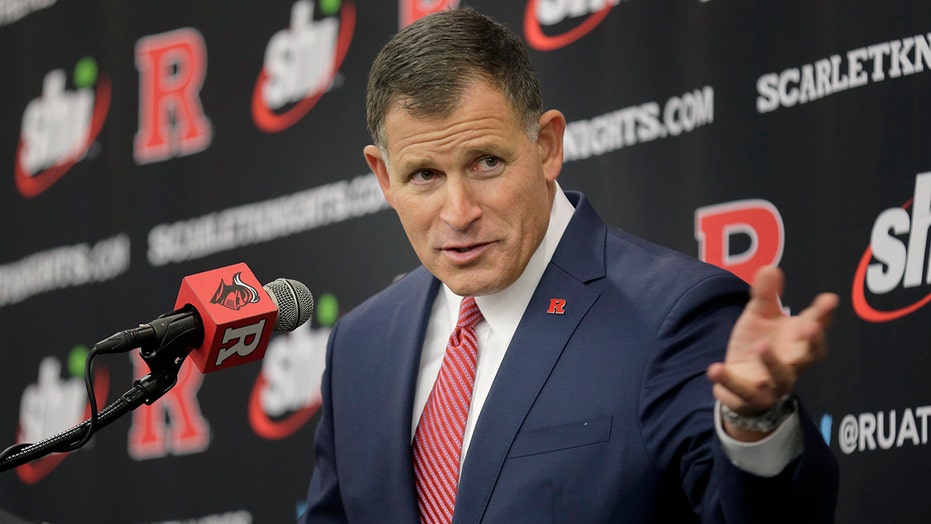 Rutgers introduced Greg Schiano on Wednesday, ushering in the next era for the Scarlet Knights, who hope the school’s most successful football coach still has some of that mid-2000s magic that put the program into the national spotlight.

Schiano, who recently signed an eight-year, $32 million contract, thanked the fans for rallying around the school and asked for donations in his opening press conference.

“Last, but not least, I want to thank our fans. The incredible show of support, the show of our passion, that was awesome. That’s what New Jersey is about. That’s what’s going to allow us to do what we’re going to do,” he said, according to NJ.com.

“If you've got a lot of money, we need your money, make no mistake about it. If you don’t, we need you at the Scarlet Walk, when those kids who battled their rear ends off, we need you there. We need you in that stadium. Get the stadium packed, because those kids are laying it on the line.”

Schiano also called for players, fans, coaches and boosters to be “all in” with Rutgers.

“Here’s the problem: We entered the Big Ten conference a few years ago, and the teams we’re looking at, they’re not waiting for Rutgers. I used to say we’re chasing a moving target, and now I say it this way, we’ve got to pass a moving target, and those are big targets,” he said.

Schiano will get a second stint with Rutgers after starting his college football head coaching career with them. He coached Rutgers from 2001 to 2011 and at one point had the team ranked as high as No. 10 in the nation during the 2007 season. He won five out of six bowl appearances but never got the school into a major bowl game.

Schiano’s contract comes with several perks. According to the Asbury Park Press, he will get a $15,000 annual auto stipend, a $5,000 annual apparel allocation, the school will pay initiation fees and dues for a country club of his choosing, he will be entitled to a private plane for recruiting purposes, but if not available, he will get a first-class ticket on commercial jetliners and will get temporary housing for up to 60 days while he and his family relocate.