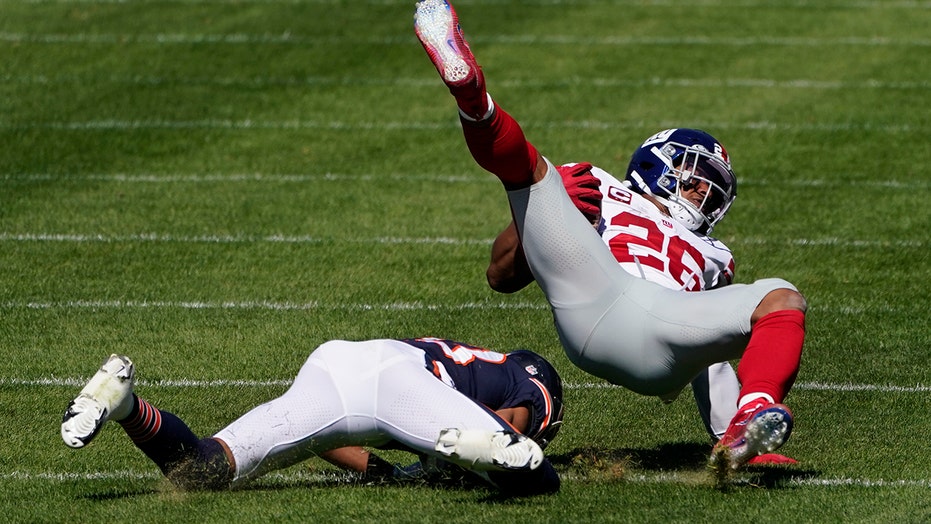 The New York Giants fear Saquon Barkley tore his ACL during a loss to the Chicago Bears on Sunday, according to multiple reports.

Barkley suffered a knee injury in the second quarter against the Bears. He had taken the ball and broke a tackle. But while he was running to the right he got slammed to the ground by Chicago defensive back Eddie Jackson on what appeared to be a routine tackle.

Barkley was writhing in pain and trainers came to attend to him. He was helped to the Giants sideline and later taken to the locker room on a cart.

According to multiple reports, the Giants believe Barkley suffered a torn ACL. The team will reportedly take a closer look at the injury Monday.

The Penn State product was coming off one of the worst games of his career against the Pittsburgh Steelers. He had only six rushing yards on 15 carries. He also had six catches for 60 yards.

New York Giants running back Saquon Barkley (26) is carted to the locker room after being injured during the first half of an NFL football game against the Chicago Bears in Chicago, Sunday, Sept. 20, 2020. (AP Photo/Nam Y. Huh)