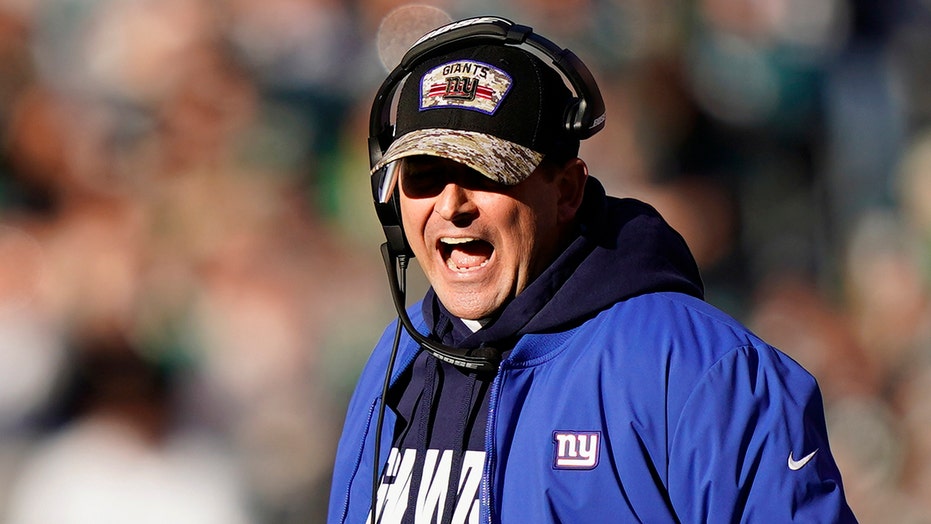 Judge, who is on the hot seat and may not be back with the team for the 2022 season, picked up his 22nd loss as Giants head coach. New York lost the game 29-3 to move to 4-12 on the season. It’s the second straight losing season under Judge and the sixth consecutive since the 2016 season.

The long diatribe started with Judge saying fans who are upset with the team’s performance over the last two seasons have every right to feel that way.

"We talk inside a lot. OK? And I don't ever ask for patience from anybody. Let's get that clear right now. All right? And the fans have every right to have an opinion. That's why they're fans. They have every right. You buy a ticket, come to the stadium, you have every right to boo me going out of the stadium. That's the way it is. That's what we sign up for, right? And it's New York. It's supposed to be a tough place to be," Judge said. "Certain cities in this country, they don't even know if their teams playing today. All right? So you sign up for a job in a city like New York, you expect to have this. I never shied away from that. I ain't worried about that at all. When we talk internally, you look at a lot of things moving in the right direction and you know the targets of what you have to improve going forward. The important things is we know the direct targets of what you have to prove."

New York Giants head coach Joe Judge signals his team during the first half of an NFL football game against the Chicago Bears Sunday, Jan. 2, 2022, in Chicago. (AP Photo/David Banks)

Judge then talked about how he was able to shape the culture of the team when he got to the franchise at the beginning of 2020.

"We know the culture is strong. I'm going to tell you's right now. You guys always ask me about off the field stuff and why the hell is it so important to have culture, so I'm going to tell you right now, all right? A few years ago before I came here, when I came here and I sat down with all the players, I wanted to know what it was like in here, what we had to change from their mouths, all right, to a man every player looked me in the eye and said, Joe, it's not a team, they don't play hard, we're out of playoffs, everybody quit, everybody tapped, they stopped showing up to captains meetings, all that stuff. Right? They tapped out.

"I've been a part of teams in other places. And I'm not trying to make this place anywhere else I've been. But lessons I've learned: Let me tell you something right now, all right, in 2018, I was a part of a team who halfway through the season, all right, we were all pretty convinced we were getting fired. We didn't think we were going to make the playoffs, had no concept of anything was coming, we just showed up and kept improving to work week after week. And on the outside, we were we all terrible. But we didn't care about that any of that noise on the outside. We didn't care about it at all. What do you care about on the inside, what are you doing? They showed up, they fought, they worked. We were improving as a team and put things together, and make a run and, you know, ended up winning the championship.

"But the thing I really learned that year was, the importance of the culture inside, how important and valuable that is. Because I was part of more talented teams that came up short and lost games down the stretch. Much more talented, all right? But the one thing that really was solidified, in my mind, in my DNA that year in '18, was the fact that it's so much more important and how strong you are inside. Because no team goes through a smooth season. No team goes through a smooth season. So if you can go the junk we're going through right now, OK, as a team, if you can go through the tough times we're going through right now as a team, all right, and have the defense take the field every single time ready to play, every time, all right, there's a lot of people that want to say, Hey, guys, you picked off the ball, they ran down the end zone, you guys are down big, right? So we can turn around and say, Yeah, get your butts back on the bench, we're down, we're not celebrating. You know what, though, they play every play with enthusiasm, every play with energy. Every play with each other. I want them to celebrate that. I want to see that energy and passion. That's how they practice every day.

Judge denied any kind of dysfunction in the organization.

New York Giants' Joe Judge yells during the first half of an NFL football game against the Philadelphia Eagles, Sunday, Dec. 26, 2021, in Philadelphia. (AP Photo/Matt Rourke)

"This ain't some clown show organization or something else. You talk about the foundation built, you talk about the things that -- the toughest thing to change in a team, the toughest thing to change in a club is the way people think. You understand that? That's the toughest thing. You can get new players, you can't get out of your damn locker room all you want, you got to change how people thinking. You got to change how they f-----g -- pardon my -- how they believe in what you're doing. And then you got to trust the process. And that's a lot easier said than done, when they're looking up right now and you got one game left and the most games you're going to win is five this season. But I guarantee you this, those men are going to walk in on Wednesday and be ready to roll. We're going to practice hard on Wednesday, we're going to practice hard on Thursday, and we're going to practice hard on Friday. OK?

"And we're going to play for each other on the field next week. If we don't play well, every fan has the right to boo my a--s out of the stadium. You got that? That don't bother me. I don't think anyone wants to get booed. OK? But the reality is that's all right. That's all right. They have that right. So the fans are -- and we go back to the first fart part, the fans are every bit right to ask what you're asking.

As Judge began to wrap up, he claimed that impending Giants free agents are begging to comeback and that he’s spoken to a player from last year’s team wanting to re-join the club as well.

"… But in terms of the next step to take, I can tell you right now, OK, I know we're a whole lot closer where we're going than further away. I can tell you that right now. I can tell you we got more players here who are going to be free agents next year, all right, who are in my office every day begging to come back. OK? I know that. Where player who we coached last year that still calling me twice a week talking about how much they wish they were still here and they're getting paid more somewhere else. So I know we've got the right foundational pieces there. I know we have some players in key positions who are guys that you can build with and keep carrying on," Judge said.

Head Coach Joe Judge talks with offensive coordinator Jason Garrett of the New York Giants during a game against the Dallas Cowboys at AT&amp;T Stadium on October 10, 2021 in Arlington, Texas.  The Cowboys defeated the Giants 44-20.   (Wesley Hitt/Getty Images)

"I know we got the right temperament. I know we got the right culture in terms of teaching the players. Which is why I don't come up here and try to assassinate some player because I think it's going to save my a--s.  Because behind closed doors, we shut those doors, I can tell every player, to a man, look them in the eye and tell him exactly what the hell he screwed up, exactly how it's got to get fixed, I got to tell him to hold him as accountable as can be. Because I ain't going to sit up here like some other cowards sitting behind the mic and put his players on blast."

New York has been dealt with some serious injury blows throughout the season. Daniel Jones failed to play all 16 games for the second straight year. Saquon Barkley wasn’t exactly back to his old self, the team lost Sterling Shepard for the year last week and the offensive line has been bruised and battered all season long.

The Giants will have a lot to determine heading into the offseason.