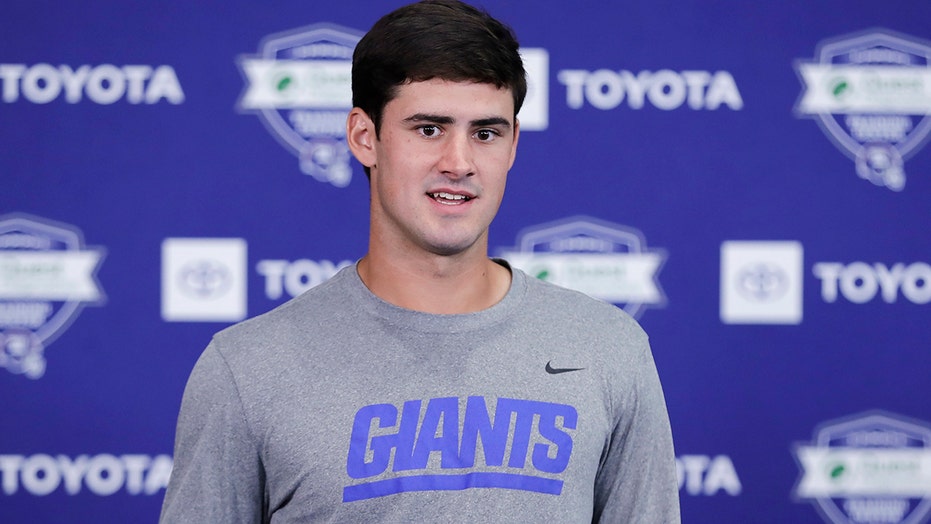 Jones said in a statement he didn’t initially post anything in the wake of the police-involved death of George Floyd and the protests that ensued because he felt that listening to his teammates and friends was “important as a first step.”

“I proudly stand beside my brothers and the entire black community in support of the Black Lives Matter movement to end systemic racism,” Jones said. "I know this is complex, and I certainly don’t have all the answers, but I am determined and motivated to do what I can to ask the right questions and work with others to drive change on this issue."

He continued: “I acknowledge the fact that I will never truly understand how it feels to be on the receiving end of racial injustice, but I am committed to listening, learning, and taking action to stand up for others and make a difference in my community and in this country.”

Jones and teammate Saquon Barkley have been outspoken in their support for the black community. Barkley has been a staunch support of Colin Kaepernick, despite not taking a knee during the national anthem.

According to the New York Daily News, Barkley said last year: “If a fan wants to not be a fan of me because I retweet a thing for Colin Kaepernick, I don’t care."

“But I respect that people have their own opinions. Everyone is entitled to that. I just would hope that people respect I have a right to my own opinion, as well," he said.

It’s unclear whether Barkley will kneel this season. Only three Giants players took a knee during the anthem during the 2017 season, and none of those players are on the team anymore.