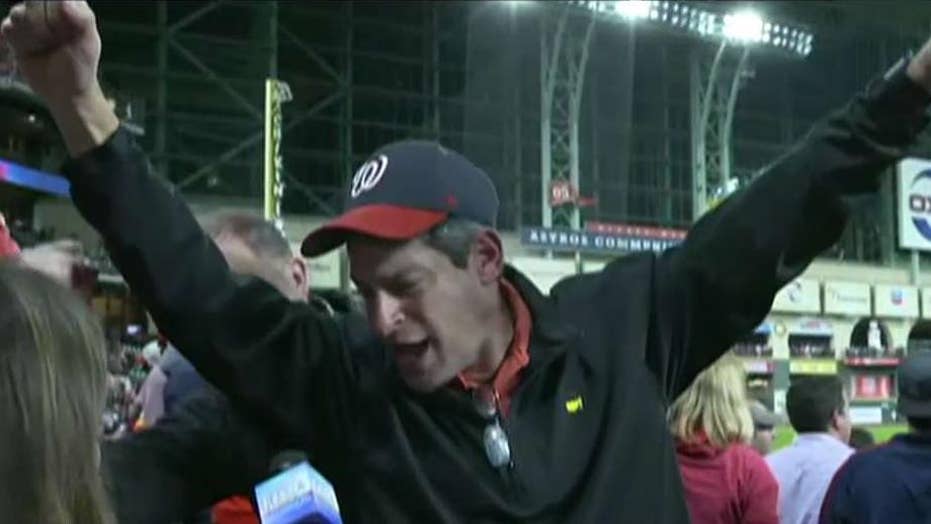 Gerardo Parra, who became a fan favorite with the Washington Nationals for his “Baby Shark” walk-up music, has signed a contract with the Yomiuri Giants of Japan’s Central League.

The Nationals signed Parra in May after he was released from the San Francisco Giants. He became a backup on the World Series-winning team. In 89 games with Washington, he batted .250 with a .747 OPS and eight home runs.

Parra became a notable player nationally after he changed his walk-up song to “Baby Shark” after seeing his 2-year-old daughter dance to it. The song became an anthem and a rallying cry for the team that was 19-31 at one point during the season.

Fans and teammates made shark-inspired hand gestures after each hit as other players worked out wearing headbands with the image of a cartoon shark. Some fans even came to games dressed in shark costumes.

“I never do nothing intentional,” Parra told The Washington Post during the Nationals’ playoff run. “Everything I do, I do from my heart because, if you don’t do it from your heart, nothing happen like it will happen right now.”

Fns gesture the baby shark as Washington Nationals' Gerardo Parra bats during the sixth inning of Game 3 of the baseball World Series against the Houston Astros, in Washington, on Oct. 25, 2019. (AP Photo/Patrick Semansky, File)

Parra is a two-time Gold Glove Award winner. He first appeared in the majors at 22 with the Arizona Diamondbacks.

He joins a Yomiuri Giants team that won the Central League pennant this season for the first time in five years.