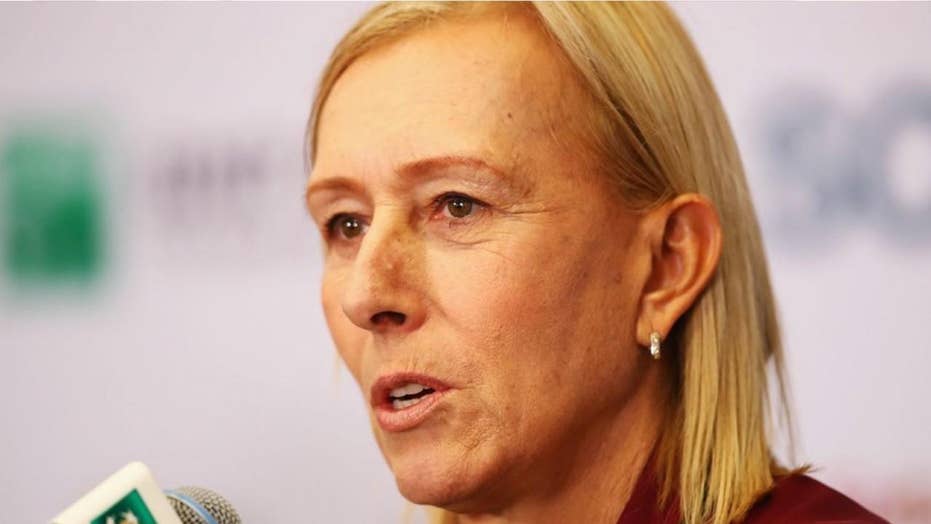 Tennis great Martina Navratilova is facing criticism for a column she penned in a U.K. newspaper where she claimed that allowing transgender women to compete in women's sports would be 'cheating.'

Tennis great Martina Navratilova, a gay rights advocate, has faced criticism for a column she penned in a U.K. newspaper where she claimed that allowing transgender women to compete in women’s sporting events is insane and “cheating.”

Navratilova wrote the column in The Independent newspaper in response to fallout from a tweet from December that read, “You can’t just proclaim yourself a female and be able to compete against women. There must be some standards, and having a penis and competing as a woman would not fit that standard.”

She reportedly said that she would do research on the subject, but said that her earlier views “have strengthened.”

“It’s insane and it’s cheating,” she wrote. “I am happy to address a transgender woman in whatever form she prefers, but I would not be happy to compete against her. It would not be fair.”

Her column was criticized by some as transphobic. The Guardian reported that Rachel McKinnon, who was the first transgender woman to win a cyclist world title, issued a statement to the paper calling the column, “disturbing.”

Navratilova called out her critics and what she sees as “a growing tendency among transgender activists to denounce anyone who argues against them.”