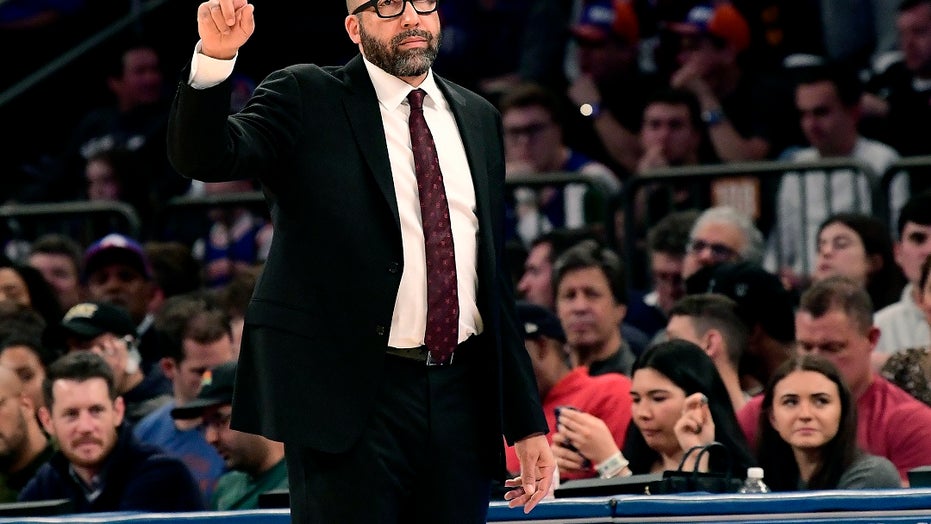 New York Knicks head coach David Fizdale has been fired following back-to-back blowout losses and a rough start to the season, according to reports.

The Knicks have lost eight straight games, dropping to an Eastern Conference worst 4-18 for the season -- the second-worst record in the NBA.

The team suffered a 129-92 loss to the Denver Nuggets at Madison Square Garden on Thursday. Afterward, Fizdale called the result "sickening."

Fizdale was 21-83 in two seasons with the struggling franchise. His .202 winning percentage is the worst in the team's history. He is still owed the remainder of his four-year, $22 million contract, ESPN reported.

KEVIN DURANT EXPLAINS WHY HE RESPONDS TO EVERYONE, INCLUDING TROLLS, ON SOCIAL MEDIA

The loss came three days after a 132-88 spanking at the hands of the Milwaukee Bucks.

Fizdale was hired less than two years ago to build a team around Kristaps Porzingis, only for the team to trade the star player to the Dallas Mavericks for draft picks and salary-cap space months later.

New York Knicks coach David Fizdale reacts during the first half of the team's NBA basketball game against the Philadelphia 76ers on Friday, Nov. 29, 2019, in New York. Fizdale was fired after back-to-back blowout losses, according to media reports. (AP Photo/Steven Ryan)

The team once known for its aggressive play has struggled in the two decades of James Dolan's ownership. The Knicks have seen multiple coaching changes and stars come and go with no success.

The team has failed to make the playoffs for the past six seasons. Their next game is at home against the Indiana Pacers.