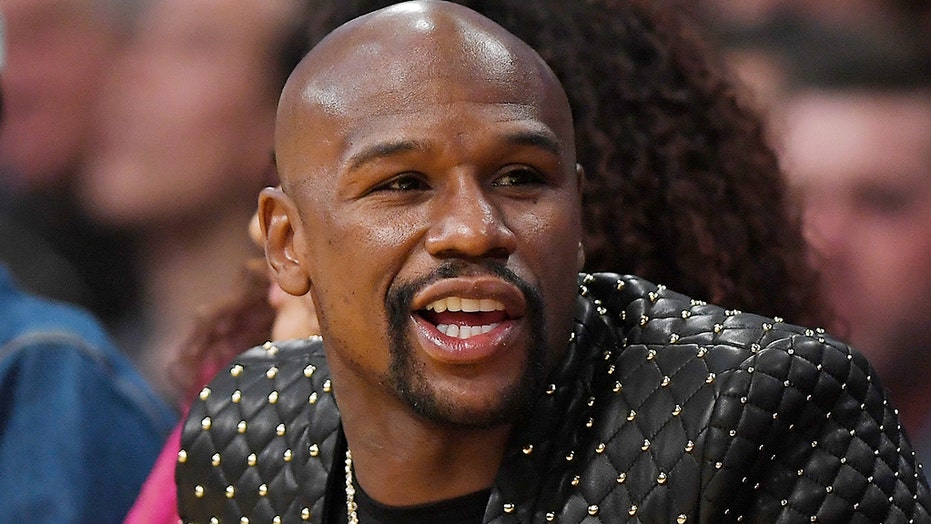 Former professional boxer Floyd Mayweather Jr. is under investigation after allegedly assaulting a fan who asked for a photo this past Super Bowl weekend outside his Miami Beach hotel, TMZ reported.

The fan, 32-year-old Ricco Kimborough, told police he recognized Mayweather standing outside the Fontainebleau Hilton by the valet stand around 8:30 a.m. Saturday when he asked him for a photo, according to a police report obtained by TMZ.

Mayweather allegedly declined, saying “I can't even get a good morning first?" His security team then pushed Kimborough away from him. Mayweather then yelled “I'll beat you’re a**," the police report said. The Miami Beach Police Department launched an investigation into the incident.

It was not clear whether Kimborough told officers he was assaulted by Mayweather or members of his security team.

In a video obtained by TMZ, Mayweather is seen exchanging barbs with Kimborough, who’s not shown because he is holding the camera. Other men appear to try to diffuse the situation and hold Kimborough back while Mayweather gets into a black SUV.

The video does not show Mayweather or Kimborough make any physical contact.

Kimborough can be heard repeatedly telling Mayweather, “I’m a free man.” Mayweather then says “You can get this a**-whooping for free." Kimborough responds that if he gets an “a**-whopping” from Mayweather, “I'll get all your money too."

Mayweather attended the Super Bowl in Miami Sunday, sharing a photo of himself on Instagram clad in Louis Vuitton and standing in Hard Rock Stadium.