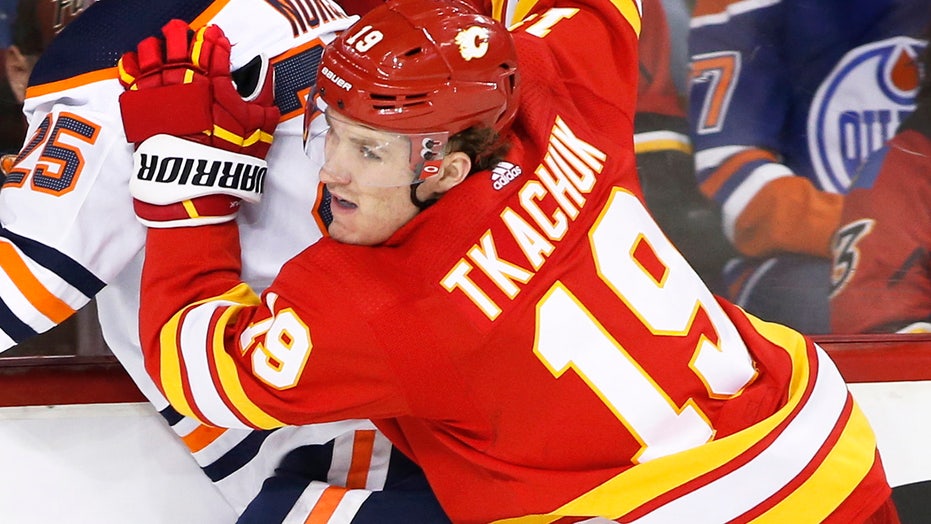 Calgary Flames winger Matthew Tkachuk delivered a huge hit on Edmonton Oilers forward Zack Kassian on Saturday night during their game and sparked a brawl between the two players.

Tkachuk skated right into Kassian during the second period as the two teams were tied 3-3. Kassian’s helmet was knocked off and he responded by dragging Tkachuk down to the ice by the jersey and repeatedly punching him in the head.

Kassian received a double-minor for roughing and a 10-minute misconduct penalty for his retaliating hit. The penalties put the Flames on the power play and allowed Flames forward Elias Lindholm to put a goal in the back of the net and give Calgary the 4-3 lead and eventually the win.

Kassian was still hot after the game and commented on the hit from Tkachuk.

“He’s just a young punk that has to figure that aspect out in the game,” Kassian said of Tkachuk, according to Sportsnet. “It’s sad because he’s a pretty good player but he’s a p---y to be honest. Straight up. That’s the definition of it. Wouldn’t fight me two years ago. Said I was a fourth-liner. Now I have 13 goals.”

Tkachuk responded saying that if he doesn’t want to get hit then he should “stay off the tracks.”

“If he doesn’t want to get hit, then stay off the tracks,” Tkachuk said. “I caught him three times there - you think he’d learn after the first one. If he wants to react that way we’ll take the power play, we’ll take the game-winner, and we’ll move on to first place.”

The NHL said Kassian will have a hearing Monday to determine any kind of punishment regarding the hit.