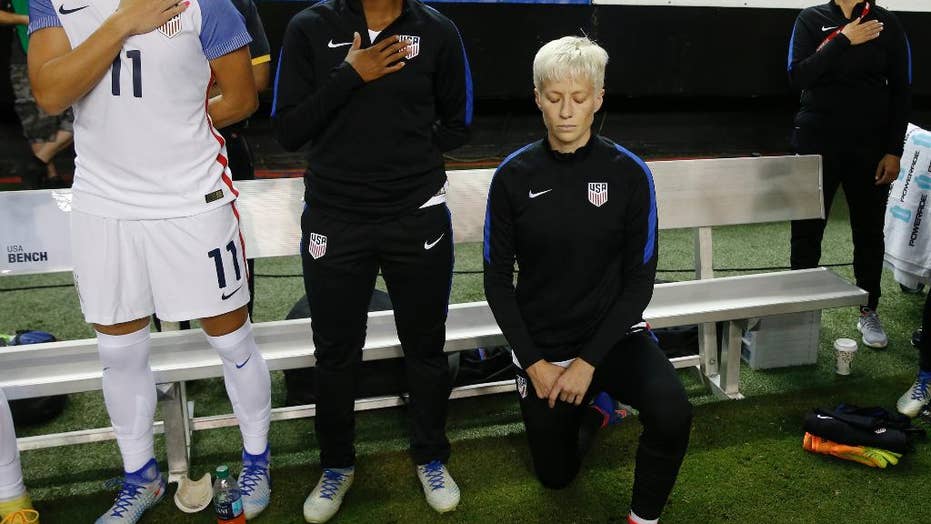 The organization called for “tolerance, mutual respect and common sense” after Trump’s denouncement. Trump tweeted he “won’t be watching anymore!”

TRUMP WARNS NFL, US SOCCER HE’LL TUNE THEM OUT OVER ANTHEM PROTESTS: ‘I WON’T BE WATCHING’

“FIFA strongly advocates for tolerance, mutual respect and common sense when such important matters are debated,” FIFA said in a statement to the Associated Press. “FIFA has a zero-tolerance approach to incidents of all forms of discrimination in football, as outlined in the FIFA Statutes. We must all say no to racism and no to violence.”

U.S. women’s soccer star Megan Rapinoe was the first white athlete to support Colin Kaepernick when she kneeled during a National Women’s Soccer League match in 2016. U.S. Soccer adopted the rule in 2017 to require players to stand for the national anthem. Rapinoe said she would comply but would not put her hand over her heart.

The rule was reversed last week.

FIFA added that its president Gianni Infantino’s “position on the player’s rights to express themselves against racism, discrimination and violence was clearly stated two weeks ago and it has not changed.”

Infantino supported the on-field protests against police brutality and for racial injustice last week after American midfielder Weston McKinnie wore a “Justice for George Floyd” armband while playing for Bundesliga’s Schalke in Germany.