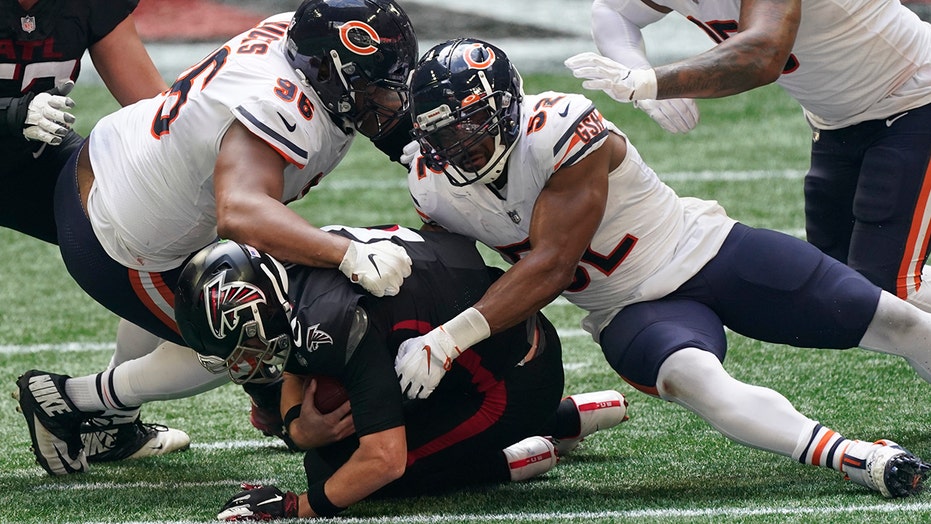 The Atlanta Falcons on Sunday became the first team in NFL history to lose consecutive games after leading by 15 or more points, blowing a win against the Chicago Bears.

It’s the second straight game where the Falcons have blown a lead. Atlanta lost to the Dallas Cowboys in Week 2 after leading 29-10 at halftime, then 39-24 in the fourth quarter.

Falcons fans were not happy after the loss.

Matt Ryan finished the game 19-for-38 with 238 passing yards, a touchdown pass and an interception. Todd Gurley and Brian Hill each had a rushing touchdown.

Chicago moves to 3-0 even with the drama at quarterback. Atlanta falls to 0-3 and the hot seat Dan Quinn is now scorching. The Falcons will have a decision to make before their fourth game.