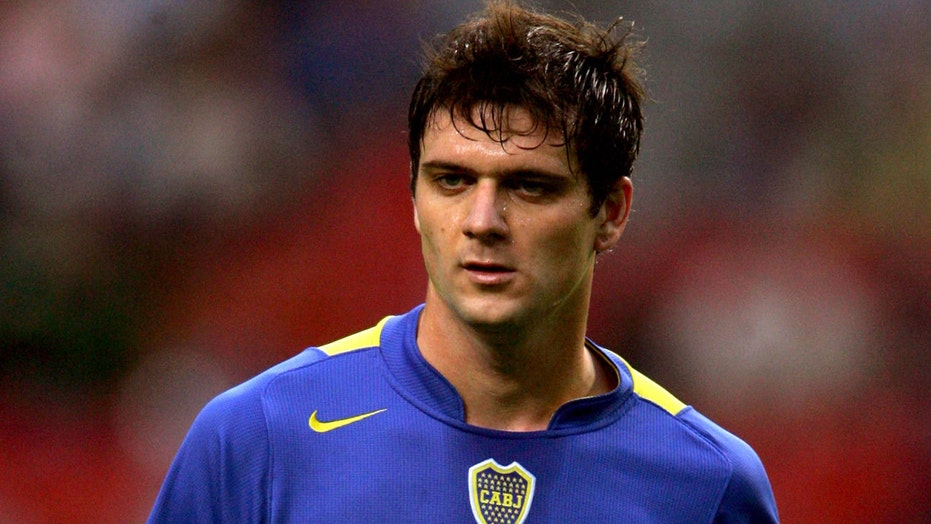 A former Argentine soccer player Guillermo Marino came up with quite the story for why he was late to practice with Universidad de Chile of the Chilean Primera Division, an ex-teammate recalled Tuesday.

Gustavo Lorenzetti told Mexico’s Lado B he and Marino were playing for the club from 2011 to 2013 and that Marino one time gave a wild excuse for being late to practice, according to ESPN. He expressed to the outlet that he was going to explain the story because Marino told him to.

PREMIER LEAGUE BACK WITH DOUBLEHEADER AFTER 100-DAY SHUTDOWN

“He says that he arrived late to one training because he was abducted by aliens. He gave us the entire explanation of what he felt and the rest of it,” Lorenzetti said.

“There are cases where the player says: 'I left and I came back two days later because I was kidnapped by aliens.' But Guille is not that kind of player. Guille was a very proper guy. Everyone knows Guille Marino."

Lorenzetti continued: “He started to explain that he was suddenly lost and abducted by aliens. He explained that they take out your soul, analyze it, and all the while on the journey they are looking after you. He said something like that."

“Honestly, I believe in aliens. He gave a great explanation and we will have to believe him. I don't know other types of channels will have to call him so he can tell it better. But in any case: he was abducted by aliens," he added.

Lorenzetti said Marino studies aliens during his free time and the way he explained it made it feel like it was true. He added that he was unsure whether Marino told then-Universidad de Chile manager Jorge Sampaoli.