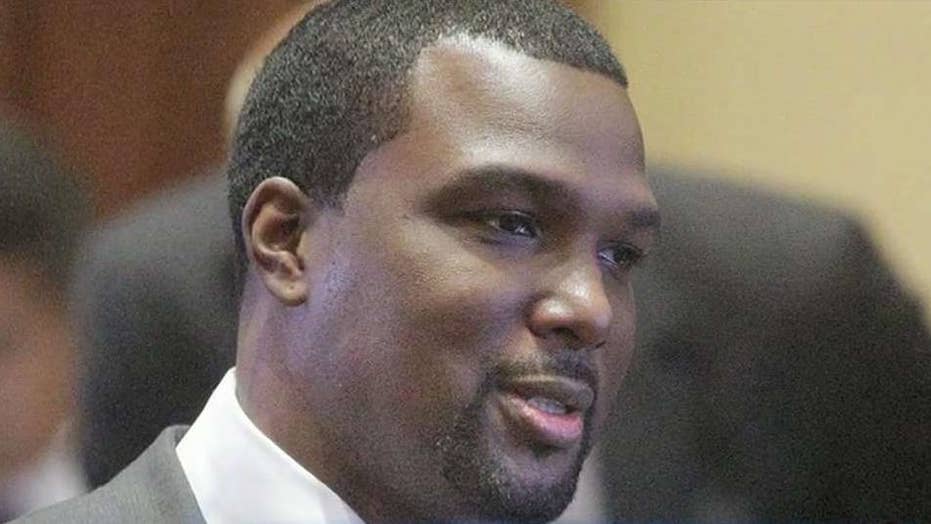 HARVEY, Ill. – An attack on an Illinois state senator has led to murder charges in the death of a Georgia man.

Former NFL player and Democratic Sen. Napoleon Harris was attacked Sept. 6 as he made a pizza delivery from his restaurant in Harvey. The order was a ruse, leading to the attack by four men.

"They put a chokehold on the senator, but to no avail. They were really trying to choke him to death, and he was just too strong. He out-powered all four of them," Harvey police spokesman Sean Howard said. "This wasn't the average 5-foot-9 delivery guy."

Howard said the 6-foot-3, 250-pound Harris fought off the attackers. They did get money and the pizza from Harris before fleeing in an SUV.

The lawmaker called 911 and followed the muggers' vehicle from a distance after the mugging. He let police know where the truck was going.

The attackers abandoned the SUV in South Holland. Investigators found blood and determined the vehicle was registered to a man found dead in Georgia.

Descriptions of Harris' attackers and evidence gathered by Harvey police led to the arrest last week of three men on murder charges in Georgia. Harris' fourth attacker has yet to be charged.