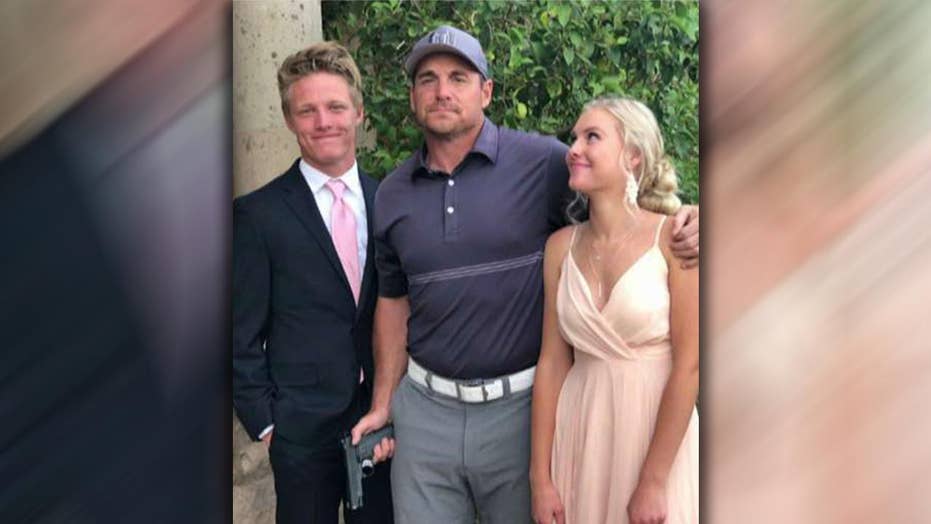 Jay Feely posted a photo on Twitter of himself armed with a gun between his daughter and her prom date; Katie Pavlich reacts on 'Fox & Friends.'

Prom season is here for millions of Americans and the photos that come with it, but a "joke" picture posted Saturday by a former NFL kicker holding a gun between his daughter and her date has sparked outrage by some online.

Jay Feely, who played for the Arizona Cardinals, Miami Dolphins, New York Giants and Jets, posted a picture showing his left arm around his daughter, who is rolling her eyes at her father. In his right hand is a gun next to her date, who sports a slight grin.

"Wishing my beautiful daughter and her date a great time at prom #BadBoys," Feely wrote, referring to a scene from the movie "Bad Boys 2."

He later said in a post on Sunday the photo was "intended to be a joke."

"The prom picture I posted was obviously intended to be a joke. My Daughter has dated her boyfriend for over a year and they knew I was joking," he wrote. "I take gun safety seriously (the gun was not loaded and had no clip in) and I did not intend to be insensitive to that important issue."

But that didn't stop people who reacted to the image, which drew more than 5,800 replies.

But not all the reactions here negative.

"Hey, not a big fan of guns, but there are some times you just have to make a point. In this case, all is just in fun. These two kids have been dating for several years and they are fully trusted," Tom Feely, his father, wrote on Twitter.

Feely is a CBS Sports NFL/college football analyst who lives in Arizona, according to his Twitter bio. He played in the NFL from 2001 until 2014.