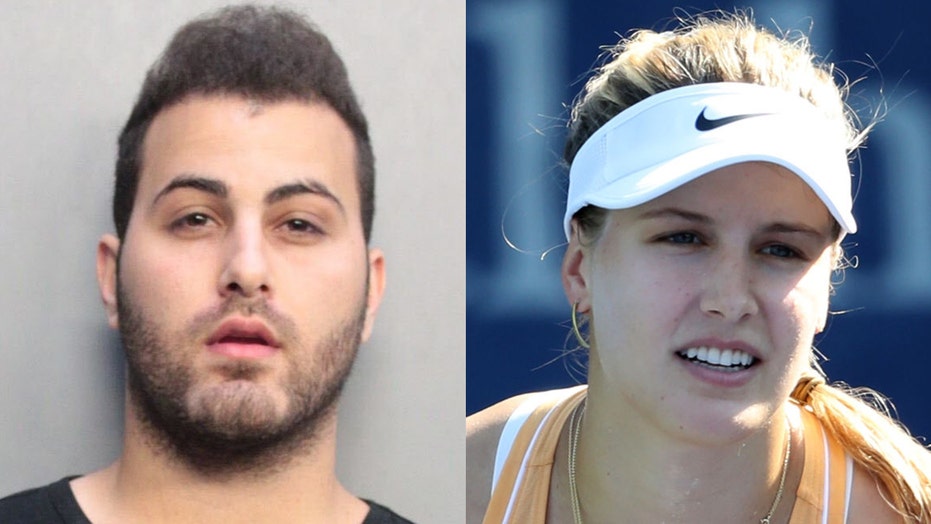 A Florida man has been accused of scamming a fancy Miami Beach hotel out of nearly $42,000 by claiming to be female tennis star Eugenie Bouchard’s brother.

Solomon Azari, a 24-year-old Miami entrepreneur, was arrested Sunday after allegations that he ran up bar and restaurant tabs at 1 Hotel South Beach that he charged to Bouchard’s penthouse residence in the building, Miami Beach police said.

The hotel began investigating after a representative for Bouchard called to dispute $29,000 in charges to her house account on July 30, the arrest affidavit says.

“Each time the male come (sic) to the hotels rooftop restaurant or lobby restaurant he would tell the waitress to charge his sisters (sic) residence," the affidavit says.

The four-page document says Azari did this on numerous occasions from May 3 to July 27 and that the total amount that he charged to Bouchard’s account was $41,946.09.

Police also showed Bouchard a photograph of Azari and “she has verified that she does not know him, and he did not have permission to make any charges,” according to the affidavit.

Azari was arrested Sunday on charges of organized scheme to defraud, identity fraud and grand theft after showing up at the hotel for dinner with two friends.

Bianca Andreescu, right, embraces Eugenie Bouchard, both of Canada, after Andreescu's win in the first round of the Rogers Cup women’s tennis tournament Tuesday, Aug. 6, 2019, in Toronto. (Mark Blinch/The Canadian Press via AP)

He was also charged with being in possession of a small amount of cocaine, according to WSVN-TV, which first reported the story.

A message Tuesday from Fox News that was left on Azari’s cellphone was not immediately returned.

Bouchard, who has posed for Sports Illustrated's Swimsuit issue, was a Wimbledon finalist a few years ago but her ranking has sunk to 95th in the world.

After a loss in the Rogers Cup last week, she posted a photo of her and her opponent embracing at the net with the caption, “It was SO fun to play you in Canada b. Happy that you’re back. ps - our butts look gooood here.”