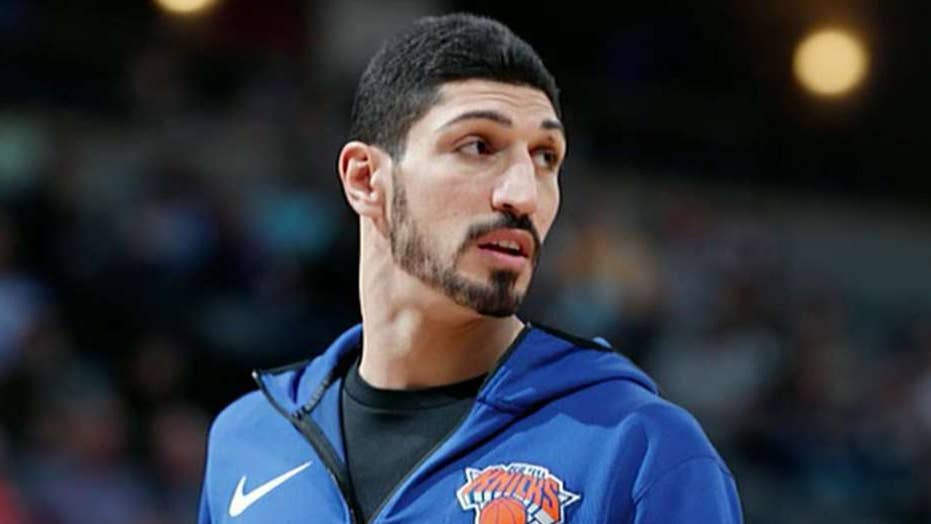 Basketball star declared 'enemy of the state' by Turkey, misses NBA in game in London

NBA Commissioner Adam Silver is standing by New York Knicks forward Enes Kanter and his decision not to travel to London for an international game over fears for the player's own safety.

Talking to reporters ahead of Thursday’s matchup against the Washington Wizards, Silver said he was taking every threat against Kanter seriously and that his main concern was “the safety and security of our players.”

“There are significant issues that he is dealing with, and I recognize that for the NBA, by virtue of the fact that we’re a global business, we have to pay a lot of attention to those issues as well,” he said. "I will say there’s nothing more important to me, as the commissioner of the league, the safety and security of our players, and so we take very seriously the threats that he has received, (even if) it’s just people on social media."

Kanter, 26, said he routinely receives death threats over his outspoken criticism of Turkish President Recep Tayyip Erdogan. Kanter even had his Turkish passport revoked in 2017 as a result.

Earlier this month he announced his plans to skip the Knicks’ annual game in London over fears he could be assassinated.

Silver said Kanter’s decision to skip the game was the player's own call.

Reports this week that the Turkish government was seeking an international arrest warrant may have solidified that call.

The Daily Sabah reported that Turkish prosecutors were seeking an Interpol “red notice,” which is an international request for arrest and extradition, for Kanter. He was said to have provided financial support to exiled Muslim cleric Fethullah Gulen, who has been blamed by the Turkish government for helping organize the failed coup in Turkey in 2016. Gulen has denied he was involved in the attempted coup.

Silver says he “supports” the rights of players to “speak out on issues that are important to them.”

The Washington Wizards ultimately went on to beat the Knicks, 101-100.