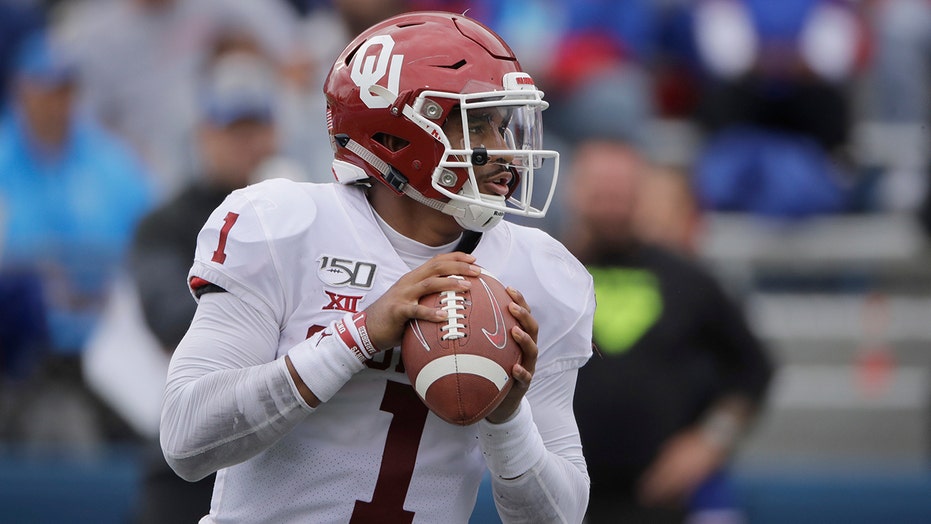 The Philadelphia Eagles raised eyebrows over the weekend when they selected Oklahoma quarterback Jalen Hurts in the second round of the NFL Draft.

While Carson Wentz is still QB1 on the team’s depth chart, his recent spate of injuries has some thinking that Hurts could be a viable option should the former No. 2 pick go down again during the 2020 season.

At least one NFL insider suggested that Philadelphia has a specific plan for Hurts.

“Talking to one Eagles source, they said ‘This guy might be able to contribute as a straight running back. That’s how good we think he is. That’s what we think of his skill set. So, it’s going to be really interesting to watch how they utilize Hurts,” NFL Network’s Mike Garafolo said Monday on “NFL Now.”

According to Yahoo Sports, the Eagles could look to utilize Hurts in a similar way as the New Orleans Saints use Taysom Hill.

The Eagles won the NFC East last year. They lost to the Seattle Seahawks in the divisional round of the playoffs. Wentz was injured in that game.