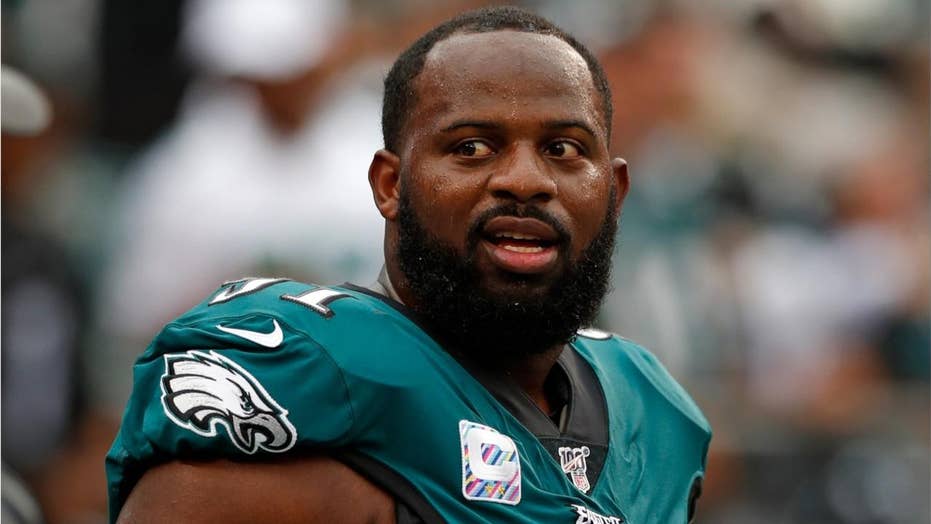 The jilted ex-boyfriend of a woman Fletcher Cox is dating wants his girlfriend back. He showed up at the Philadelphia Eagles lineman’s home. He attempted to break in but fled after Cox retrieved his shotgun.

A man identified as Corbyn Nyemah showed up at Cox’s Mullica Hill home looking for his ex-girlfriend, whom the star defensive tackle is currently dating, WPVI-TV reported Wednesday, citing court documents. The woman is not named.

Cox armed himself with a shotgun, forcing the suspect to flee in his SUV, the station reported.

Police tracked down Nyemah and started a pursuit. However, because of “erratic driving and identification of the suspect,” the pursuit ended at Commodore Barry Bridge, the station reported, citing a probable cause affidavit. U.S. Marshals detained Nyemah late last week.

Nyemah told WPVI-TV that much of what he is accused of his true and that all he wanted was to talk to his ex-girlfriend, who he dated for two years. He said the two were allegedly working on rekindling their relationship.

Nyemah is expected to appear in court later this month.

CBS Sports noted that Cox was sued in November 2017 for “alienation of affection” for allegedly having an affair with a married woman. The lawsuit was settled in August 2018 with neither side admitting liability.

Cox has played in seven games for the Eagles this season. He has one sack.