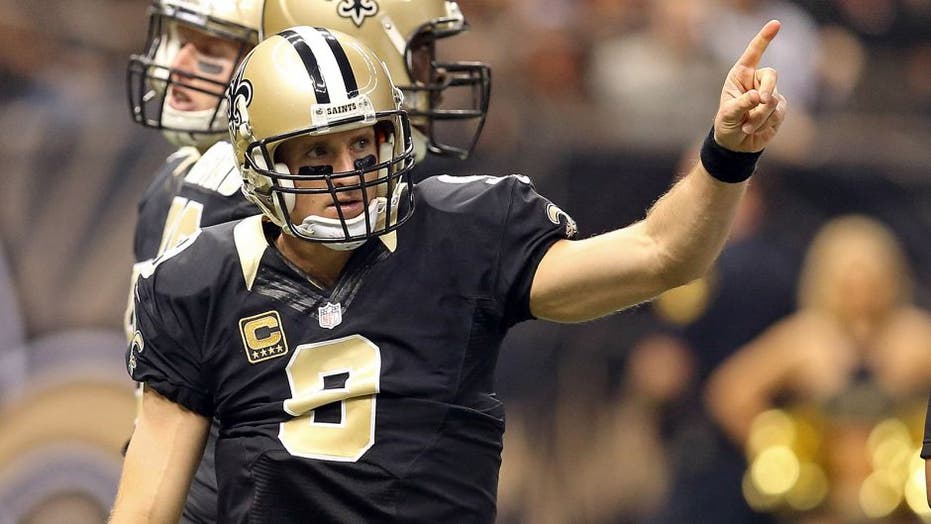 New Orleans Saints quarterback Drew Brees offered a second apology Thursday to anyone he might have hurt with his comments about his stance against kneeling during the national anthem in wake of the backlash he has since received.

“I know there’s not much that I can say that would make things any better right now, but I just want you to see in my eyes how sorry I am for the comments that I made yesterday,” Brees said in a video he posted to Instagram. “I know that it hurt many people -- especially friends, teammates, former teammates, loved ones, people that I care and respect deeply. That was never my intention."

“The years and years of social injustice, police brutality, and the need for so much reform and change in regard to legislation and so many other things to bring equality to our black communities. I am sorry," he continued. "And I will do better. And I will be part of the solution. And I am your ally.”

Brees initially apologized Thursday morning in a lengthy Instagram message. He admitted that he made comments that were “insensitive and completely missed the mark on what we are facing right now as a country.”

His comments came after he told Yahoo Sports he would "never agree" with kneeling during the national anthem as a form of protest.

His comment came amid protests across the country following the death of Minneapolis man George Floyd while in police custody on May 25.

Brees’ teammate Michael Thomas was one of the many athletes who reacted to the quarterback’s comments this week.

“He don’t know no better,” Thomas wrote on Twitter. “We don’t care if you don’t agree and whoever else how about that.”