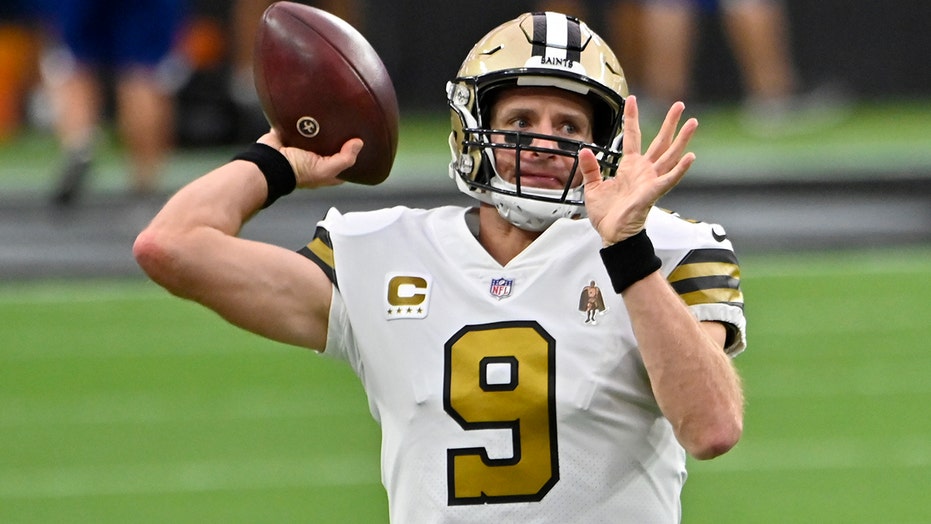 Drew Brees didn’t have his best game against the Las Vegas Raiders on Monday and his performance raised eyebrows over whether this is the beginning of the end for the veteran.

However, Brees didn’t appear to be too concerned. He was 26-for-38 with 312 passing yards, a touchdown pass and an interception in the New Orleans Saints' 34-24 loss. He only had 4.82 air yards per pass.

J.J. WATT TO FACE OFF AGAINST BROTHERS AS TEXANS BATTLE STEELERS IN WEEK 3

“Well, my job is to execute the offense. ... My job's not to have the most air yards or throw the ball down the field most or anything like that,” he told reporters after the game, according to ESPN. “I think I've always evaluated myself on being a great decision-maker.

“And so, at the end of the day, I'll throw the ball to the open guy, move the ball down the field, score points, help us win football games. So that's my job.”

Brees admitted the offense wasn’t “totally in sync right now.” Injuries have also plagued the Saints early on in the season.

Michael Thomas has been the biggest loss on the team. He injured his ankle in the first game against the Tampa Bay Buccaneers and didn’t play against the Raiders. Alvin Kamara led the Saints in receiving with nine catches for 95 yards.

The lone touchdown pass was to Jared Cook, who had two catches for 13 yards.

Brees will get a chance to prove the doubters wrong Sunday night when the Saints take on the Green Bay Packers.