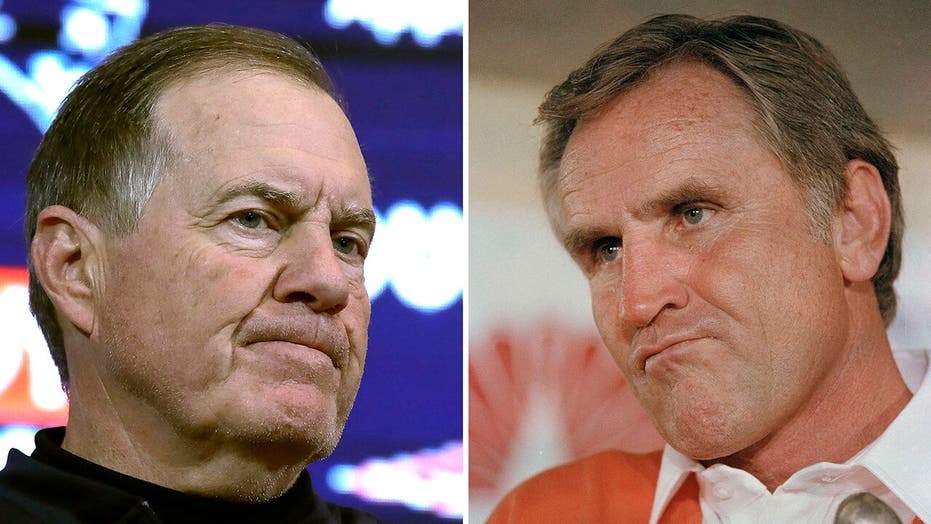 Bill Belichick and the late Don Shula may go down as two of the greatest head coaches in the history of the NFL, and that’s about as far as their relationship goes, according to ex-Miami Dolphins’ star Dick Anderson.

Shula supposedly had issues with Belichick because of the alleged tactics that the six-time Super Bowl-winning coach has been accused of over the years. During an interview on CBS Sports Radio's "The DA Show" this week, Anderson explained why Shula wasn’t a fan of the Patriots coach.

"He called Belichick, 'Beli-cheat,'" Anderson said on the show. "He was straightforward. He was, 'This is how we have to do it, and these are the rules, and this is what we're going to follow.' He didn't like, I think, the people that didn't follow the rules, and he did."

Shula was quoted using the "Beli-cheat" phrase as recently as 2015.

Shula, the head coach of two Super Bowl champion teams, died on Monday at 90 years old, and he likely got in another indirect shot at Belichick just before his death. According to the Miami Herald, Shula was recently asked about his legacy and what he wanted it to be -- a rule follower.

Shula, who coached the 1972 Dolphins to an undefeated season, took shots at Belichick back in 2007 when the Patriots were on the brink of perfection. The Patriots went 16-0 in the regular season, but they ended up finishing 18-1 after they lost to the New York Giants in the Super Bowl.

Shula said that if the Patriots won the Super Bowl that year, they should have an asterisk next to their win.

"The Spygate thing has diminished what they've accomplished," Shula said shortly after Spygate. "I guess you got the same thing as putting an asterisk by Barry Bonds' home run record."

After Shula passed away earlier this week, Belichick released a statement regarding the legendary coach.

“Don Shula is one of the all-time great coaching figures and the standard for consistency and leadership in the NFL,” Belichick said. “I was fortunate to grow up in Maryland as a fan of the Baltimore Colts who, under Coach Shula, were one of the outstanding teams of that era.

“My first connection to Coach Shula was through my father, whose friendship with Coach Shula went back to their days in northeast Ohio,” Belichick added. “I extend my deepest condolences to the Shula family and the Dolphins organization.”

Shula holds the record for most wins ever by a head coach with 328 regular-season victories. Belichick has the active record with 273 wins.