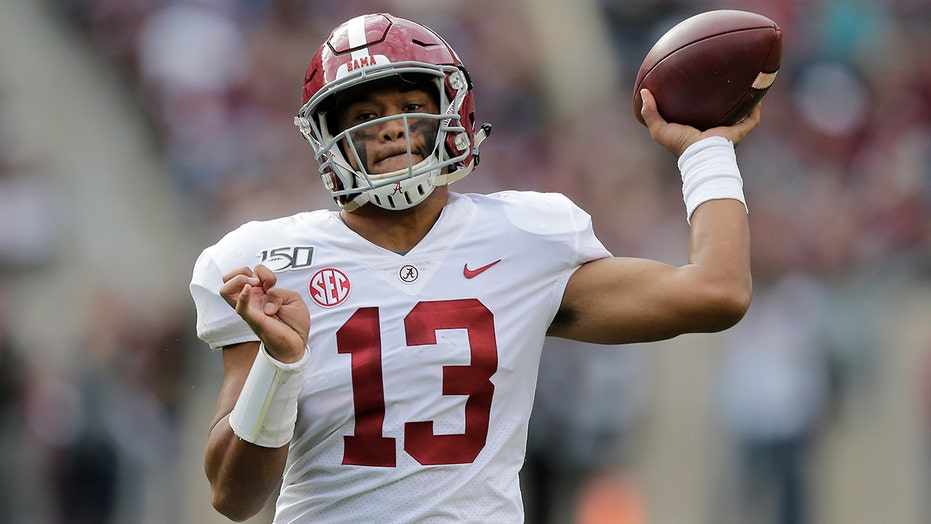 The Miami Dolphins selected Tua Tagovailoa, the former Alabama quarterback, with the No. 5 pick of the 2020 NFL Draft on Thursday night.

TUA TAGOVAILOA: 5 THINGS TO KNOW ABOUT THE 2020 NFL DRAFT PROSPECT

Tagovailoa had a successful junior year despite only starting nine games.

He threw for 2,840 passing yards and 33 touchdowns for the Crimson Tide. He served as a backup quarterback during his freshman year and eventually made headlines that same year when he led the Crimson Tide to win the 2017 National Championship Game after replacing sophomore quarterback Jalen Hurts in the second half.

Tagovailoa has been deemed 100 percent healthy by Miami's doctors, who have no concern that his freakish hip injury will reoccur. Miami has its best quarterback since Dan Marino in 1984.

The Dolphins have two more draft picks in the first round. They pick again at No. 18 overall, and once again at No. 26 overall. Look for Miami to continue to build around its future franchise quarterback.