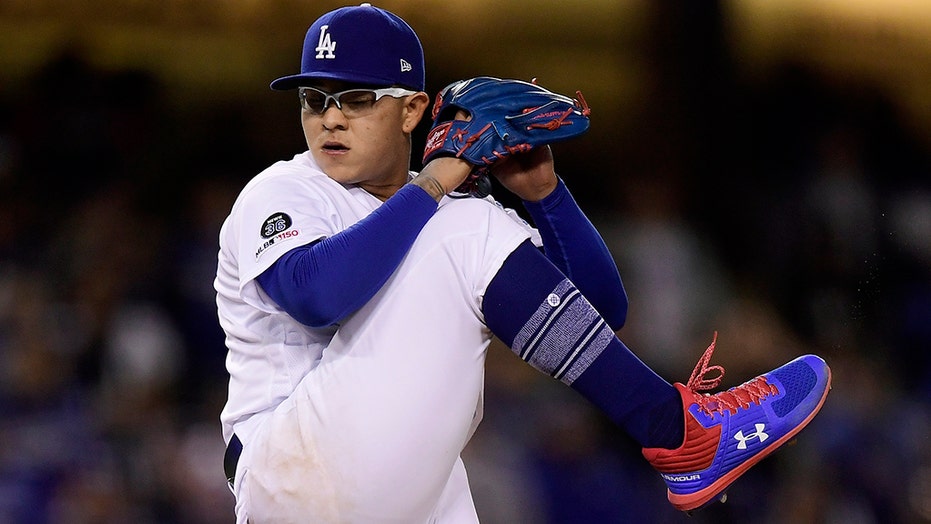 The 22-year-old player from Mexico was arrested around 7:30 p.m. Monday night in a parking lot at the Beverly Center shopping mall.

A witness told police they saw Urias arguing with a female and said he allegedly shoved the woman to the ground.

Urias was taken into custody on suspicion of misdemeanor domestic violence battery. He has posted $20,000 bail.

TMZ, which first reported the arrest, said the woman at the scene denied the altercation became physical; however, witnesses told the entertainment news site they were adamant they saw Urias push the women to the ground.

The incident came just hours after Urias pitched three innings of scoreless relief for his second career save. It was his second save in two outings for the Dodgers.

The left-handed pitcher made his MLB debut in 2016 when he was just 19 years old. The Dodgers have not commented on Urias' arrest.