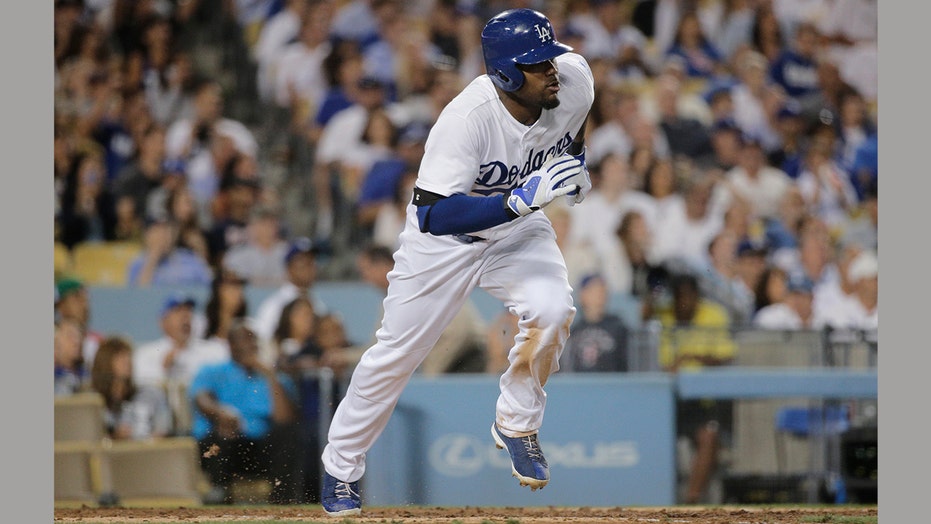 Former Los Angeles Dodgers star Carl Crawford has been arrested after his former girlfriend accused him of assaulting her during an argument over a man she had begun dating.

An arrest affidavit filed Wednesday by Houston police states that the ballplayer-turned-record producer went to the home of Gabriele Washington on May 8, produced a handgun from which he unloaded the ammunition in her presence, then demanded information on her latest dating relationship.

Washington told investigators Crawford pushed her to the floor, slammed her head against a wall and choked her. Crawford is free on $50,000 bond.

When her year-old daughter walked up, she distracted Crawford, who is her father, and Washington ran to call police. Crawford then fled but followed up with threatening cellphone texts to Washington, according to the affidavit.

A message to his attorney, Rusty Hardin, seeking comment was not returned immediately.

The incident happened a week before a 5-year-old boy and a woman drowned in the backyard pool at Crawford's Houston home.

From Houston, the 38-year-old Crawford was a four-time All-Star outfielder. He last played in the major leagues in 2016 with the Dodgers.