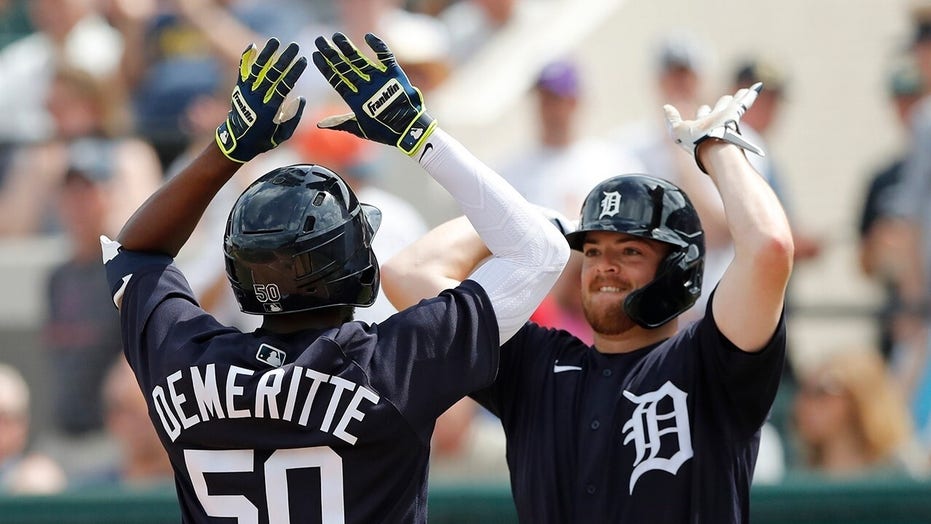 Detroit Tigers Hall of Famer Al Kaline died on Monday at his home in Michigan, a family friend told the Detroit Free Press.

The cause of death was not given. He was 85.

Detroit Tigers Hall of Famer Al Kaline throws out the ceremonial first pitch prior to the game against the Boston Red Sox at Comerica Park on April 8, 2017 in Detroit, Michigan. (Photo by Mark Cunningham/MLB Photos via Getty Images)

Kaline, who was also known as “Mr. Tiger,” spent his entire 22-year career with Detroit. He was an 18-time All-Star and a 10-time Gold Glove award winner.

He was the youngest player to win the American League batting title, when he had a .340 batting average at 20 years old in 1955. Kaline, who had a .297 career batting average, hit for .300 or better in nine seasons.

Al Kaline of the Detroit Tigers swings at a pitch during a game. Kaline played for the Tigers from 1953-1974. (Photo by Louis Requena/MLB via Getty Images)

He never led the league in home runs or RBIs, and he never won the AL Most Valuable Player award. He finished second in the MVP voting two times, and once in third.

Kaline finished his career with 3,007 career hits and 399 home runs. He retired shortly after recording his 3,000th hit in 1974, and he immediately joined the Tigers’ broadcasting team from 1976 to 2001. He was also a special assistant to the general manager. His No. 6 jersey became the first number retired by the Tigers.

During his first year of eligibility, Kaline was elected into the Hall of Fame in 1980.

“If there is one accomplishment for which I am particularly proud it is that I’ve always served baseball to the best of my ability,” Kaline said during his Hall of Fame induction speech. “Never have I deliberately done anything to discredit the game, the Tigers or my family.

“By far, being inducted into the Hall of Fame is the proudest moment of my life. You can be sure that I will make every effort to live up to the obligation associated with this honor.”