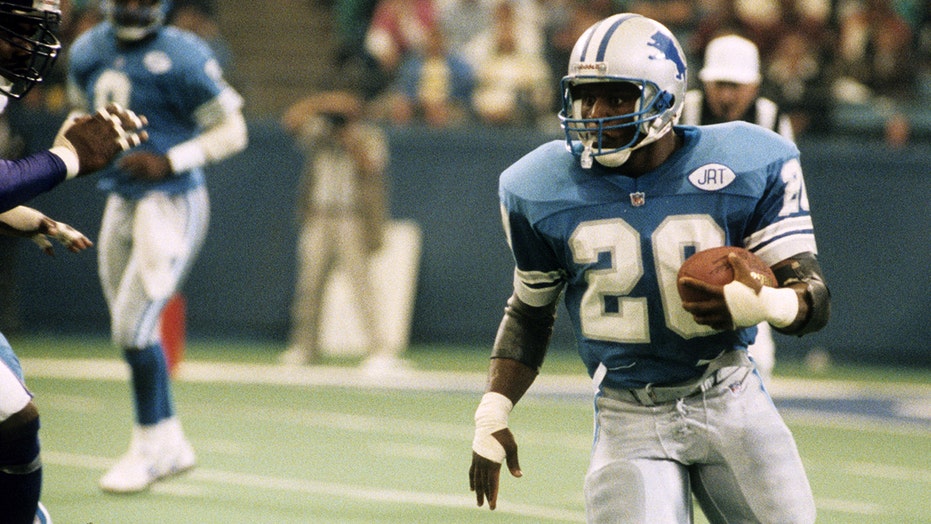 The Detroit Lions are one of the oldest franchises in the NFL.

The Lions were originally named the Portsmouth Spartans and entered the NFL in 1930. The team moved to Detroit and became the Lions in 1934. But even as the Lions have more longevity than most of the other franchises in the league, they have not had the same amount of success.

Detroit has won four NFL championships but has never won a Super Bowl nor have they appeared in one. The Lions have not even won a playoff game since 1991. In that year, the team came within a game from making the Super Bowl but lost to the Washington Redskins.

While success is lacking, fans of the team have seen great players come and ago including Barry Sanders, Calvin Johnson, Herman Moore, Dick LeBeau and others.

But who would be on the Lions’ all-time Mount Rushmore? Take a look at the list below?

The Lions’ history is so vast you have to go back to Bobby Layne leading the team to three NFL championships to find someone who is among the top faces of the franchises.

Layne is the last quarterback to win any kind of championship for the Lions. He was inducted into the Pro Football Hall of Fame in 1967.

(Lem Barney dominated as a defensive back. (Getty Images))

Lem Barney represents probably the best defensive back in Lions history. The team selected him in the second round of the 1967 draft out of Jackson State. He played for Detroit from 1967 to 1977.

The former cornerback was named the AP Defensive Rookie of the Year in 1967 when he led the league with 10 interceptions, three of which were returned for touchdowns. He finished his career with 56 interceptions and seven interceptions returned from a touchdown.

Barney earned seven Pro Bowl selections and was a First-Team All-Pro selection twice. He was inducted into the Pro Football Hall of Fame in 1992.

Barry Sanders is by far the best running back in Lions history. (MATT CAMPBELL/AFP/Getty Images)

Between 1989 and 1998, Barry Sanders was one of the most electrifying running backs on the gridiron. He abruptly retired at the age of 30 possibly spoiling any hopes of continued success at the time.

He won the NFL MVP award once, earned 10 Pro Bowl and six First-Team All-Pro selections. He was named the 1989 Offensive Rookie of the Year and the 1994 and 1997 Offensive Player of the Year.

Sanders was inducted into the Pro Football Hall of Fame in 2004.

Matthew Stafford has been productive on the field. (AP Photo/Rick Osentoski)

Matthew Stafford is probably the most controversial name on the list. He is on the Lions’ Mount Rushmore over guys like Wayne Walker, Alex Karras and Lomas Brown.

Stafford has been a very productive quarterback in his 11 seasons with the Lions. He’s thrown for more than 4,000 passing yards seven times in his career. He threw for 41 touchdown passes in 2011. The only thing that’s lacking in Stafford’s career is a successful postseason run.

He has recorded 41,025 passing yards and 256 passing touchdowns. And he’s still only 32. If he has five more completely healthy seasons, there’s a chance you can see him on the top of some all-time passing lists.