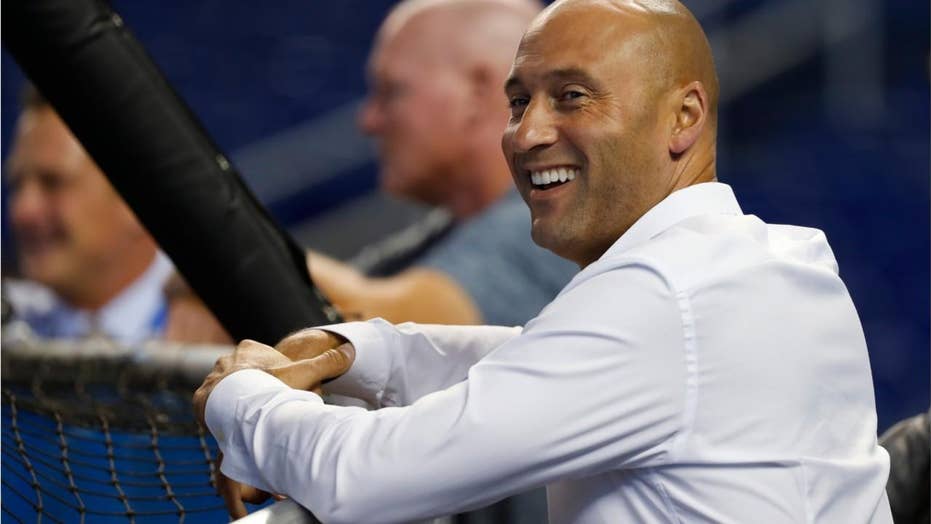 Some members of the Baseball Hall of Fame are considering boycotting Derek Jeter's induction ceremony.

At least one -- and maybe two -- Baseball Hall of Famers are threatening to boycott Derek Jeter’s eventual induction into Cooperstown because of the former shortstop’s decisions as Miami Marlins co-owner to fire them.

Andre Dawson and Tony Perez revealed in an interview with Bleacher Report published Friday that their decisions not to support Jeter stems from the way the ex-New York Yankees great handled their firings when he took over the team after the 2017 season.

“I sincerely doubt [that I will attend] at this point,” Dawson told Bleacher Report during the 2019 ceremony earlier this month. “All indications are likely not...I can't speak for Tony. But I don't have a sense or feeling like I want to sit on that stage to hear what [Jeter] has to say.”

“It wasn't nice, what happened at the end,” Perez said.

Jeter asked former Marlins team president David Samson to dismiss special assistants Dawson and Perez, along with Jack McKeon and Jeff Conine in September 2017, according to the Miami Herald. The firings reportedly came without a phone call from Jeter.

“I felt disrespected, in a sense,” Dawson told Bleacher Report. “I have a lot of pride. For me, that’s kind of where I am with the whole process. It is what it is. I understand going forward it’s a decision they made; it’s their money, their team, but I’ve got to look out for my pride and welfare also.”

Dawson was inducted into the Baseball Hall of Fame in 2010 and Perez went in the Hall in 2000.

Jeter is eligible to be inducted into the Hall of Fame on this upcoming ballot.