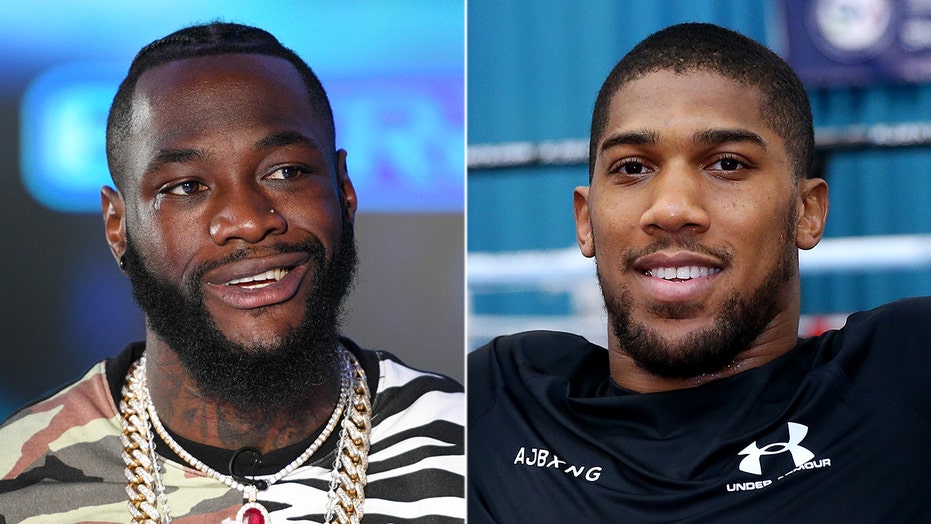 Deontay Wilder didn’t think Anthony Joshua did a good enough job in defeating Andy Ruiz Jr. over the weekend and warned the British fighter he would demolish him if they ever stepped into the same ring.

Wilder said Joshua was “scared” being in the ring with Ruiz – despite winning via unanimous decision.

“He didn't want no engagement,” Wilder told TMZ Sports. “He was just scared.”

Wilder added: “You got a 6-inch height advantage, you got an 8-inch reach advantage. Why is you running from the smaller guy?”

While Joshua has said he plans to fight Wilder to unify all the heavyweight title belts, Wilder said that Joshua wants no part of him and the he’s his “worst nighmare.”

“A lot of people read into [Joshua's] bulls—t and we can understand and identify and we know it's bulls—t coming out of his mouth,” he told TMZ Sports. “We just don't have enough toilet paper to wipe it as it comes.”

Wilder also told The Athletic that fans didn’t come to see Joshua dance around the ring, they came to see knockouts and that Joshua was doing a disservice.

Joshua defended his performance against Ruiz, saying that fans don’t only care about knockouts and that the important thing was that he won the fight.

It’s unclear whether Wilder and Joshua will ever meet.