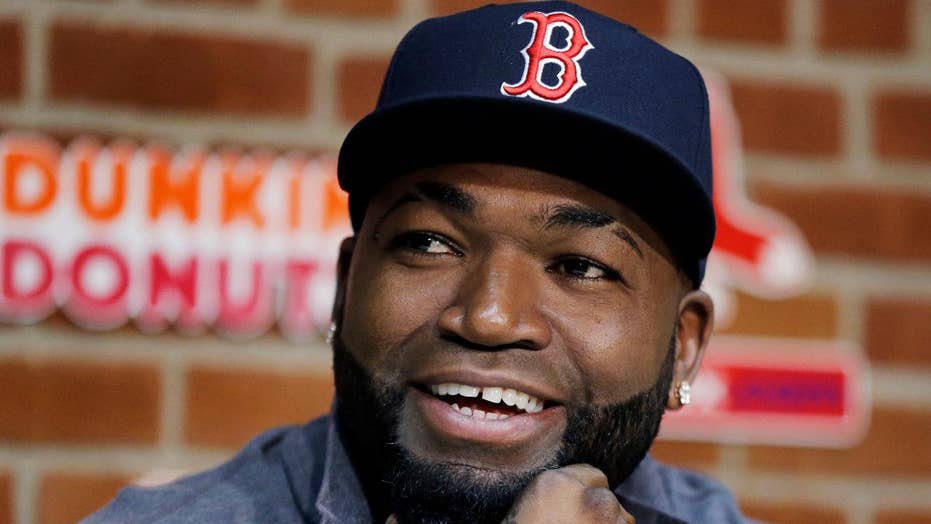 Police say the plot behind the attack on Boston Red Sox great David Ortiz is a complicated mess of conspiracy; Bryan Llenas reports.

Ortiz said in a statement released through a Boston public relations agency he will still have to face several more weeks of recovery from a June 9 shooting at a Dominican Republic bar.

“I am feeling good, but know I need to do my rehab just like I did when I was recovering from injuries playing baseball,” Ortiz said in the statement.

In a separate Instagram post, Ortiz said: “Being at home and look at my family celebrating that lm here safe is priceless.”

LOEK VAN MIL, BELIEVED TO BE TALLEST PRO BASEBALL PLAYER EVER, DEAD AT 34

Ortiz was wounded in a shooting in Santo Domingo in what police called a case of mistaken identity. A hired gunman drove up on a motorcycle and fired at close range, hitting him in the torso, police said.

Ortiz was forced to have his gallbladder removed and part of his intestine following the shooting. He was flown back to Boston the next day, where he had more surgery. He was released from the hospital Friday.

Ortiz also thanked his family, doctors, his former teammates and Red Sox ownership for their support.