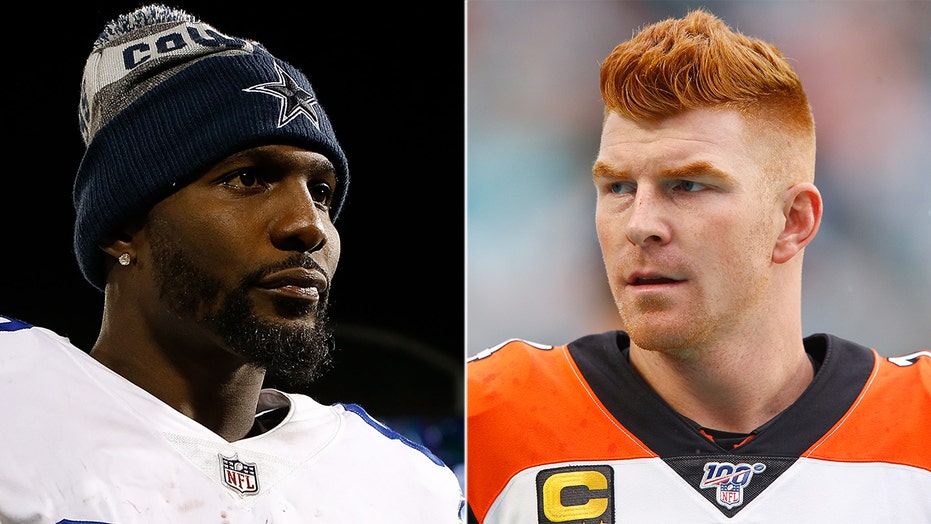 The Dallas Cowboys were “out of line” when they signed Andy Dalton without giving Dak Prescott a big contract extension first, a former wide receiver who donned the star during his career said Saturday.

Dez Bryant made clear in a tweet that it was nothing against Dalton but it was the principle of the situation in Dallas.

“Nothing against Andy dalton because I think he’s a great player..but the cowboys are extremely out of line... Pay Dak... I watched the cowboys pay Tony Twice once without a winning [record]... I guess the cowboys viewing the QB position a plug in piece because of the dominant offense,” Bryant tweeted.

Dalton, who was born and raised in the Houston area, led TCU to an undefeated 2010 season before the Cincinnati Bengals drafted him in the second round of the 2011 NFL Draft.

The Cowboys’ backup quarterback to Prescott the past two seasons was Cooper Rush. Dalton definitely represents a significant upgrade at the position in case Prescott were to hold out due to a contract dispute or if he were to get injured.

The Cowboys have placed the franchise tag on Prescott, who hasn't signed the one-year tender worth about $31 million. However, the sides have until July 15 to get a long-term contract done.

Dalton started 133 games under center for the Bengals and led the franchise to five straight playoff appearances – from 2011 to 2015 – but Cincinnati lost in the first round each time, which set an NFL record.

Dalton's 70-61-2 record as a starter was the second-best by a Bengals quarterback with at least 10 starts, trailing Virgil Carter. Dalton held the club records for touchdown passes (204) and completions (2,757).

Fox News’ Dan Canova and the Associated Press contributed to this report.