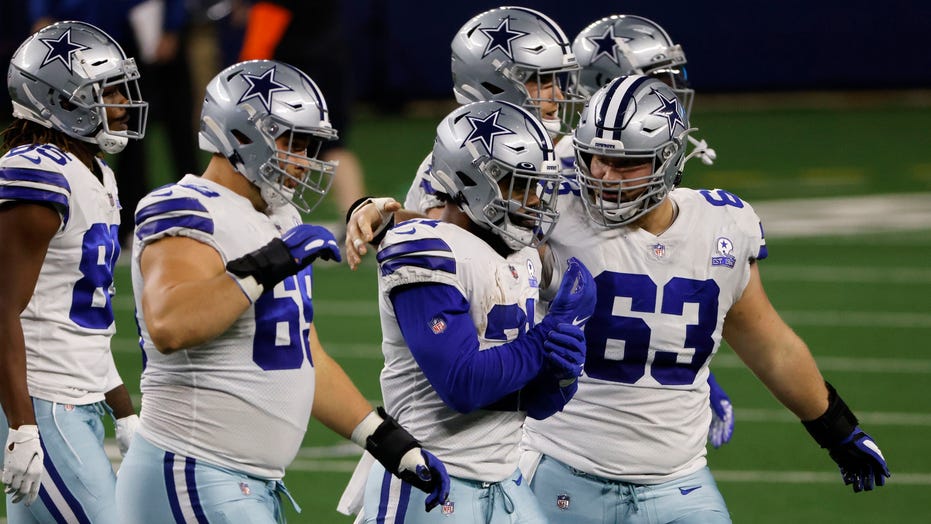 Cardinals’ Kyler Murray can surely be credited with leading Arizona to a 38-10 victory over Dallas on Monday night but Cowboys running back Ezekiel Elliott certainly made it a lot easier.

Elliott essentially set up the first two touchdowns of the game after fumbling the ball twice in the first and second quarter to give the Cardinals a substantial lead going into the second half.

After the game, the three-time Pro Bowler wasn’t looking to pass the blame, adding that the absence of Dak Prescott had little to do with his own performance.

"I don't think we can use that as an excuse," he said, via ESPN. “I'm just going to keep saying it over and over -- I started the game out with two fumbles, gave the ball away and gave them all the momentum they need to go take off. I want to say I'm sorry and this one is on me. I need to be better."

Elliott was momentarily sidelined after the crucial mishap. He now has five fumbles going into Week 7, just one shy of his career high for an entire season.

"I mean, when you're fumbling every game obviously teams are going to lock in on it and go for it even more," Elliott continued. "That's even more of a reason I need to figure it out.”

Unfortunately, it was more than the two fumbles that cost Dallas their fourth loss of the season.

Backup quarterback Andy Dalton, who was given the starting job after Prescott suffered a right ankle compound fracture and dislocation in the Week 5 against the New York Giants, had four turnovers with two interceptions and was 34-for-54 with 266 yards.

By comparison, the Cardinals put on a strong performance following a slow start in the first quarter.

Safety Budda Baker totaled seven tackles, a sack, a tackle for a loss, a pass defended, two QB hits and a forced fumble. Murray only completed nine of 24 attempts but two resulted in touchdown passes.

Dalton and Elliott will have a chance at redemption when they take on the Washington Football Team on Sunday.