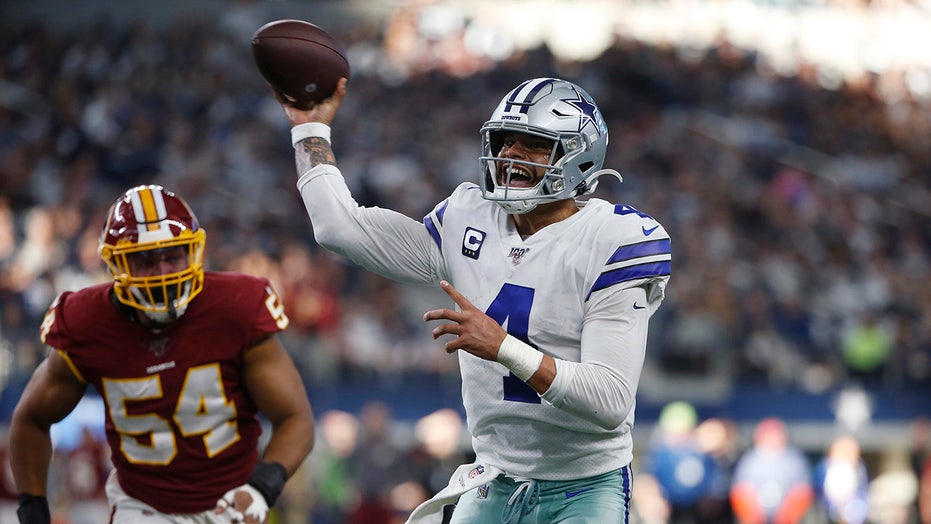 Dak Prescott said Wednesday his “fire is burning” as the Dallas Cowboys quarterback looks to get the team back to its winning ways and capture another NFC East title.

Prescott has had a tumultuous offseason with contract negotiations not going his way coupled with the death of his brother. Nonetheless, he told ESPN that he’s focused on the task at hand.

DALLAS COWBOYS: WHAT TO KNOW ABOUT THE TEAM'S 2020 SEASON

“I seize the moment. I focus on the now,” Prescott said. “I think it's very important for me to do exactly that and not to be distracted or put too much focus anywhere other than what it is that I'm doing now.”

Prescott will be in his fifth season with the Cowboys. He had 4,902 passing yards and 30 touchdown passes last year – his best season to date – but the Cowboys failed to make the playoffs.

“My fire is burning and my fire is big. You can throw whatever you want in there for it to burn and for it to get bigger,” he said. “I don't know if I'm necessarily trying to prove something to the Cowboys or to this team because I feel like everybody in this building, this organization knows the player I am, knows the man that I am, knows where my heart stands.