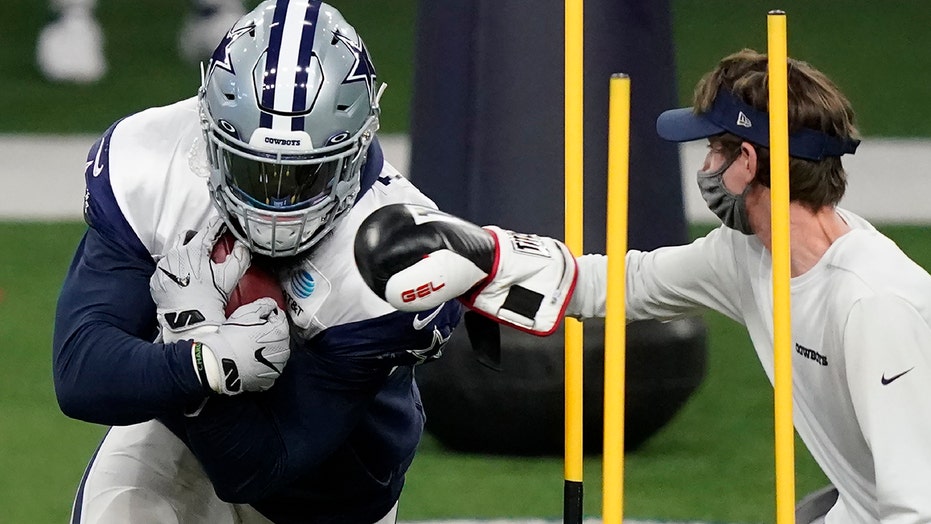 The Dallas Cowboys fell just short of making the playoffs last season, losing the division to the Philadelphia Eagles in the final weeks of the season.

The underachievement from the Cowboys sparked the firing of Jason Garrett and the hiring of former Green Bay Packers coach Mike McCarthy. Dallas is determined to build a Super Bowl-winning team after not having made the game since the 1995 season.

The Cowboys, on paper, seem to be a bit reloaded. Dallas somehow managed to scoop up CeeDee Lamb and Trevon Diggs in the draft. Dallas also signed Dontari Poe and Everson Griffen to bolster the defense. Ha Ha Clinton-Dix was signed but he was cut before the start of the season.

The biggest shroud of controversy that the Cowboys have had is the ongoing contract stalemate between Dak Prescott and the organization. Prescott still has targets in Ezekiel Elliott and Amari Cooper around him but is riding a one-year contract making his future with the club uncertain past this season.

Winning the division and making a decent run in the playoffs should be enough for the organization to give Prescott a big contract but it comes down to what he does during the regular season. He had a career-high 4,902 passing yards to go along with 30 touchdown passes last season.

Here’s what else you need to know about the Cowboys this year.

The Cowboys got the biggest steal in the draft when CeeDee Lamb fell to them at No. 17. Stephen Jones, the team’s executive vice president. Jones told ESPN in April he wasn’t sure if Lamb was going to be there.

The former Sooners star caught 62 passes for 1,327 yards and 14 touchdowns in his senior season. He was the third receiver taken off the board behind Henry Ruggs III and Jerry Jeudy.

Lamb will be lining up on the opposite side of Amari Cooper on game day. Jones expressed hope that the offense would be more dynamic than it was last season.

“I think we've got a very unique offense put together between having a really good offensive line, a tight end that can stretch the middle of the field, the three receivers and then [Ezekiel Elliott] in the backfield and an athletic quarterback that throws the ball very well,” Jones said.

“We certainly have opportunities to move the ball and score points. We'll just have to see. Obviously, we made that pick [of Lamb] because we think it makes us dynamic and certainly gives us the opportunity to really give people problems when they line up on the other side of the ball and when they defend us.”