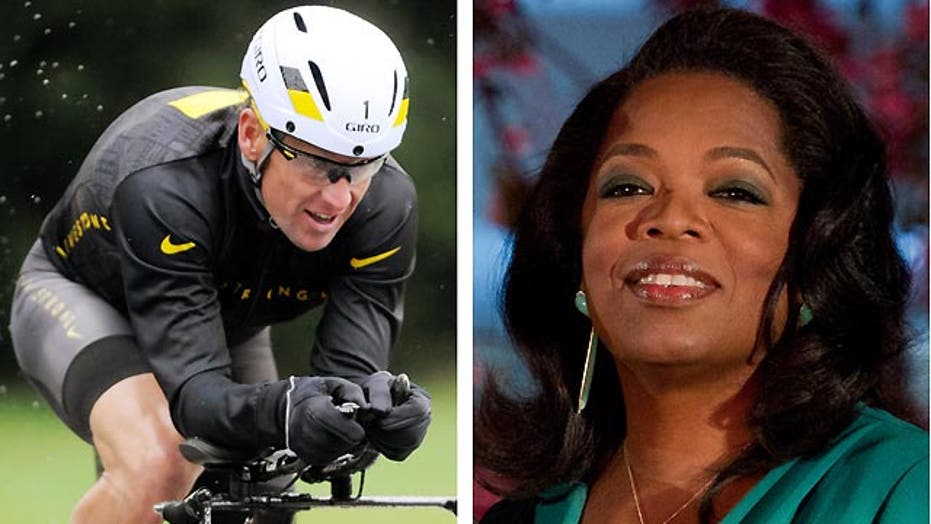 Report: Armstrong admits to doping in interview with Oprah

Lance Armstrong's next stop could be prison.

The legendary cyclist's decision to admit to Oprah Winfrey that he used illegal performance-enhancing drugs to dominate the sport could cost him far more than his reputation, as a host of parties are queuing up to sue the fallen star who made millions for himself and his cancer charity. And past denials of doping in court could even lead to criminal charges, if relevant prosecutors pursue them.

The Justice Department will decide this week whether to join a federal whistleblower suit against 41-year-old Armstrong, a federal law enforcement official told USA Today. That case was initiated by Armstrong's former teammate Floyd Landis under the False Claims Act. At issue is whether Armstrong and others defrauded the U.S. Postal Service of around $30 million when it sponsored his team.

The lawsuit alleges that Armstrong defrauded the U.S. government based on his years of denying use of performance-enhancing drugs. The U.S. Postal Service was a longtime sponsor of Armstrong's racing career.

The seven-time winner of the Tour de France denied cheating for years, but confessed to Oprah Winfrey during an interview taped Monday and set to air Thursday and Friday. In addition to Landis and possibly the U.S. government seeking money from Armstrong, he faces a long list of potential litigants who may stake a claim to his fortune:

- SCA Promotions, a Dallas-based company that indemnifies sponsors against sports figures who do the impossible is suing Armstrong for $12 million. SCA paid the money to Tailwind Sports, which managed Armstrong’s cycling team and was obligated to pay Armstrong when he won races.

- An Australian state government has said it intends to sue Armstrong for repayment of several million dollars in appearance fees paid to Armstrong for competing in the Tour Down Under cycle race in 2009, 2010 and 2011.

- The Sunday Times, a British newspaper owned by FoxNews.com parent company Newscorp is suing the cyclist for $1.5 million from a 2006 settlement of a libel case Armstrong brought over doping allegations. The settlement was for about $500,000, and the current suit seeks to recoup interest plus legal fees.

- The U.S. Anti-Doping Agency, which had already concluded this year that Armstrong led a massive doping program on his teams and banned the star for life, could sue to recoup legal fees from its ongoing battles with him.

- Even Livestrong, Armstrong's cancer charity renowned for its eponymous wristbands, could sue the star or even be sued by donors, over the false pretenses associated with Armstrong. While he did beat cancer in the mid-1990's, much of his legend was built on the fact that he left it in the dust - winning the Tour de France every year from 1999 to 2005.

Although more litigants are likely to emerge, prison is likely Armstrong's biggest fear. And the idea that a disgraced athlete's use of performance-enhancing drugs could lead to jail is not far-fetched. American sprinter Marion Jones was jailed for six months for lying under oath about her involvement in the Balco drug scandal. Armstrong, by the USADA's count, has made seven statements under oath in a Dallas court that could lead to criminal charges.