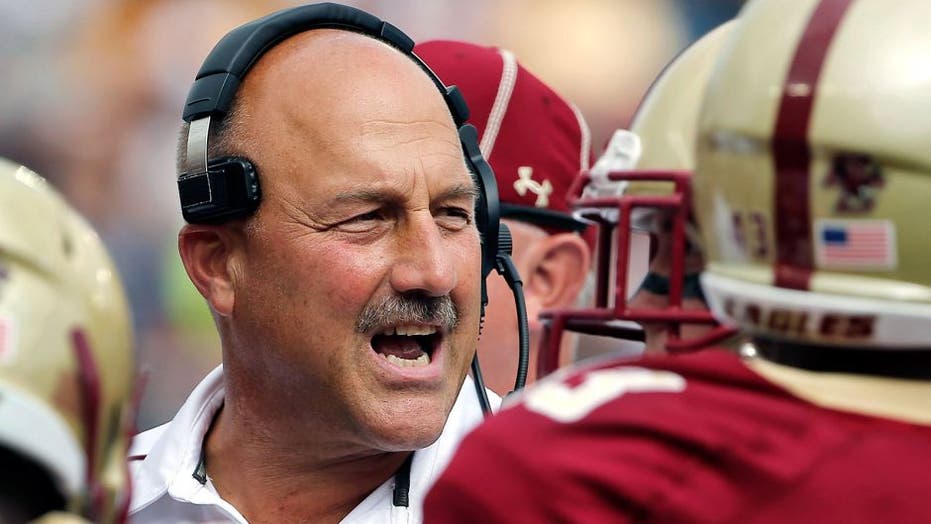 Former college football linebacker Josh Keyes alleged Monday that former Boston College coach Steve Addazio tried to get him banned from games and even attempted to derail his NFL career, all because he insulted the coach's recruiting ability.

Keyes made the allegation after Addazio was fired by Boston College on Sunday. Keyes wrote in a lengthy Twitter message that he felt like now was the time to speak out about his former coach’s actions. Keyes played under Addazio in 2013 and 2014. The Eagles made it to a bowl game each year.

Keyes said the incident happened in 2016. He wrote on the Facebook page of another former Boston College player a comment about Addazio. He said he wrote that “Addazio does not know how to recruit and that the only success he’s had came from the players inherited when he took the job.”

Keyes, who was playing for the Atlanta Falcons at this time, said he received a call from Boston College’s strength and conditioning coach who told him that “the person who made the post and those who liked and commented were nobodies and that me liking and commenting on the post was a reflection of a dent in my character and integrity.”

The defender fired back saying that he was allowed to speak freely and he was not trashing the program but instead giving a critical analysis of Addazio’s job performance.

A few weeks later Keyes trekked up to the Boston area and hoped to catch a game. He said he texted a few Boston College football higher-ups to get tickets but didn’t hear anything back. He asked a friend whether they could sign them up for the ticket portal and they did. The person then responded that tickets for Keyes were denied.

Keyes was addressed about the situation by Falcons coach Dan Quinn and general manager Thomas Dimitroff, he said. Keyes said Boston College tried to get him cut from the team. Both Quinn and Dimitroff told Keyes he didn’t have anything to worry about.

Keyes only played in one game for the Falcons that season. He’s split time with the Tampa Bay Buccaneers, Cleveland Browns, Los Angeles Chargers and Houston Texans.

Boston College has not commented on the allegations.