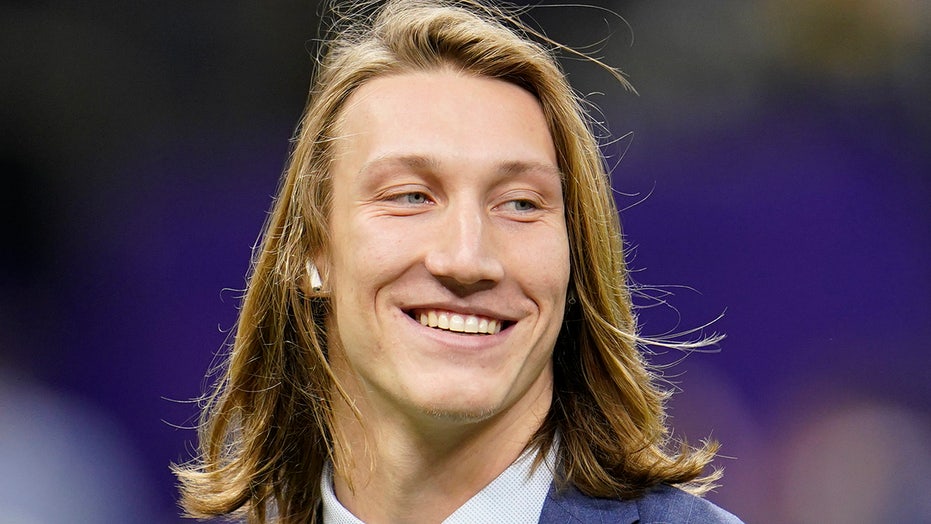 Clemson quarterback Trevor Lawrence opened up the scoring for the Tigers in the national championship game Monday night against LSU.

Lawrence ran for a 1-yard touchdown in the first quarter of the game to put Clemson up six points.

As Lawrence galloped into the end zone, he blew a kiss to LSU fans.

Clemson’s opening score could be a good sign for the Tigers. According to CBS Sports, Clemson has won 50 consecutive games when they have scored first.

Lawrence has not lost a game since he was made the starting quarterback during the 2018 season. He led Clemson to a national championship last year after he started in place of Kelly Bryant.

Coming into the national title game against LSU, Lawrence had 3,431 passing yards, 36 touchdown passes and a 67.6 completion percentage. His rushing touchdown was his ninth of the season. He only had one rushing touchdown all of 2018.

He was 18-for-33 with 259 passing yards, two touchdown passes and a key rushing touchdown in the win.