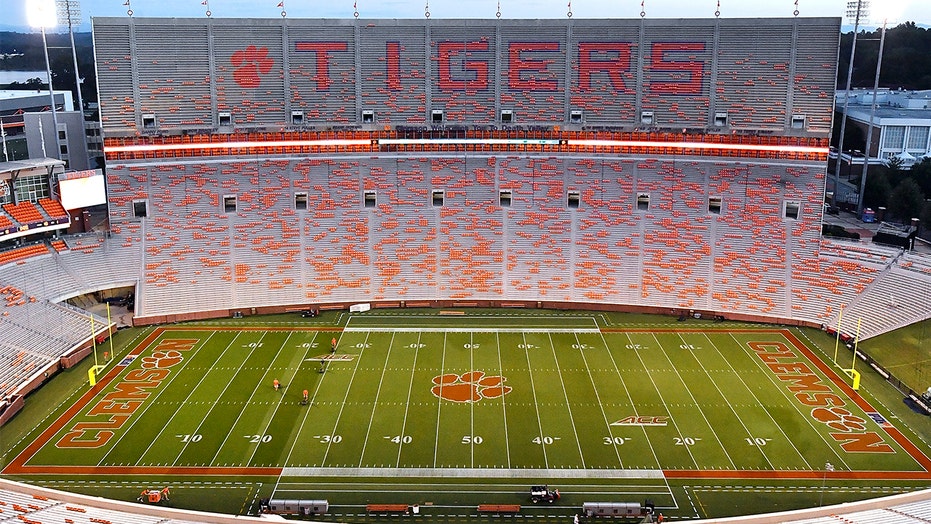 Clemson athletics has been hit hard by the coronavirus with 28 student-athletes testing positive since returning to campus earlier this month, the university said Friday.

Clemson athletic spokesman Jeff Kallin said that the majority of cases were asymptomatic and none required hospitalization.

The school said that the students who tested positive were from football, men's basketball, volleyball, men's soccer and women's soccer but according to a report from The Athletic, 23 of the 28 cases were from the football team.

Athletes returned for on-campus training on June 8. Since then, 315 tests have been administered.

Kallin added that any positive cases have been isolated for a period of at least 10 days. Close known contacts with those affected have been asked to self-quarantine for at least 14 days.

Despite the spike in cases, the school does not plan to shut down voluntary summer workouts, according to The Athletic.

Schools across the country are beginning to see more cases of COVID-19 as student-athletes return for training.

The Tennessee Volunteers announced this week that a member of the men’s basketball team tested positive after several members of both the men’s and women’s teams were tested. Players from both teams returned to campus Monday.

Professional sports has also seen a spike in cases as players return to training facilities, prompting many to question if sports will be able to make a comeback this summer as anticipated.