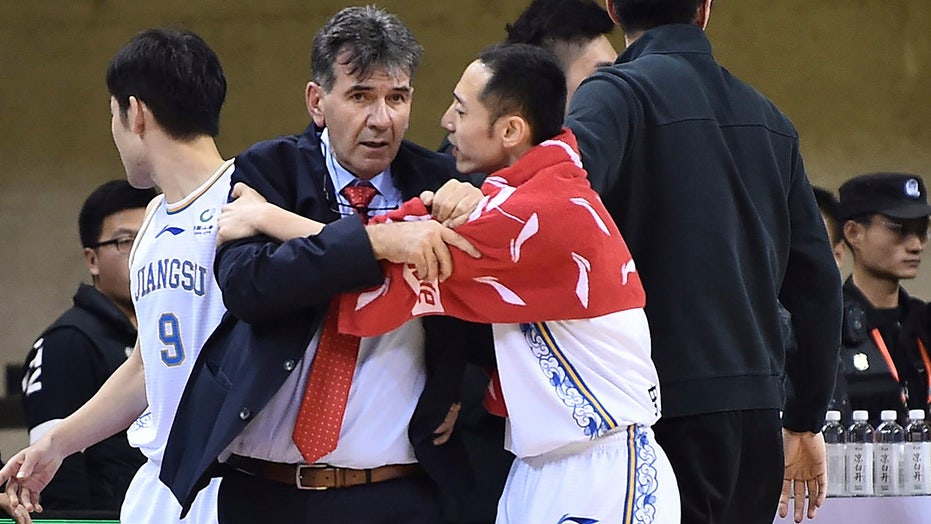 China's professional basketball league banned a Jiangsu Dragons supporter for life on Saturday and suspended the team's head coach for a second game after the pair clashed earlier this week.

The Chinese Basketball Association said on social media on Saturday that the fan would be blacklisted from all future CBA games and that coach Memi Becirovic would sit out Sunday's clash with the Nanjing Monkey Kings, following an automatic game suspension on Friday.

Video of the incident shows Becirovic, former coach of Slovenia, arguing with the fan and then slapping or grabbing him during a home game Wednesday against the Liaoning Flying Leopards.

Earlier, the supporter had directed verbal abuse and insulting gestures at the Flying Leopards and pushed Becirovic's wife twice when she tried to stop him, the CBA said.

Liaoning went on to defeat Jiangsu 111-103 after play was halted for five minutes.

The league said police had punished the fan, identified only by his surname Wang, but didn't indicate whether he had been fined or detained.

Police also found Wang had used abusive words in a game against the Tianjin Pioneers in November, the CBA social media post said.

The CBA condemned Wang's behavior and called on spectators to set an example for youngsters, uphold the league's image and contribute to the healthy development of Chinese basketball.