The NFL has suspended Cleveland Browns running back Kareem Hunt for eight games after a video surfaced late last year of him appearing to punch and kick a woman outside a hotel room. (Jason Hanna/Getty Images, File)

NFL Commissioner Roger Goodell signaled Tuesday he would consider allowing Cleveland Browns running back Kareem Hunt to interact with his team after he was handed an eight-game suspension this month for apparently attacking a woman in a video last year.

During a news conference at the NFL Annual Meetings, Goodell told reporters the league may allow Hunt to access the training facility during a portion of his suspension.

“I left open the door that maybe for a portion of the suspension, that I would allow access back into the facility in an earlier stage,’’ he said, as cleveland.com reported. 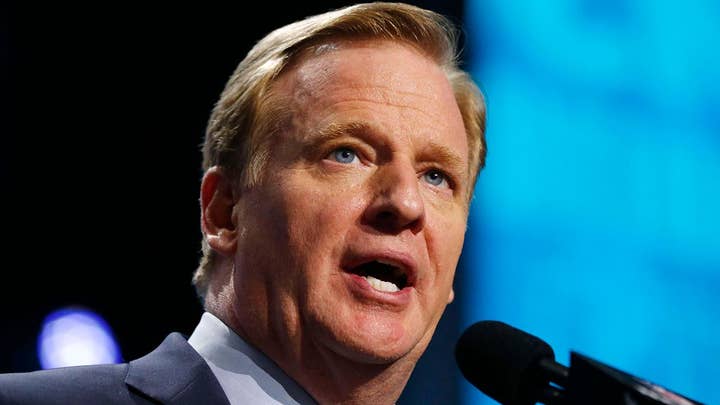 “We have done that frequently in the context of longer suspensions in the best interest of the player, so that a player can adjust back in, have the opportunity to get back into the workout routine including practices, potentially.”

Hunt, 23, was suspended for violating the personal conduct policy after a video surfaced in November 2018 that appeared to show him punching and kicking a woman outside a hotel room. At the time, he was playing for the Kansas City Chiefs, who subsequently cut him from the team.

He neither was arrested nor was charged with any crime.

Goodell also said Hunt’s ability to interact with his team would depend on rules laid out during a meeting between the pair.

“What we laid out and what we agreed to, as far as using the resources of the league and the Players Association, to make sure that he’s making better decisions going forward, and that was very clearly stated. I expect that will be the foundation of any decision I make on that point.’’

Hunt signed last month with the Browns. The team had stated it believed he was getting needed help.

Hunt issued a statement apologizing and said he would not fight the league’s decision.