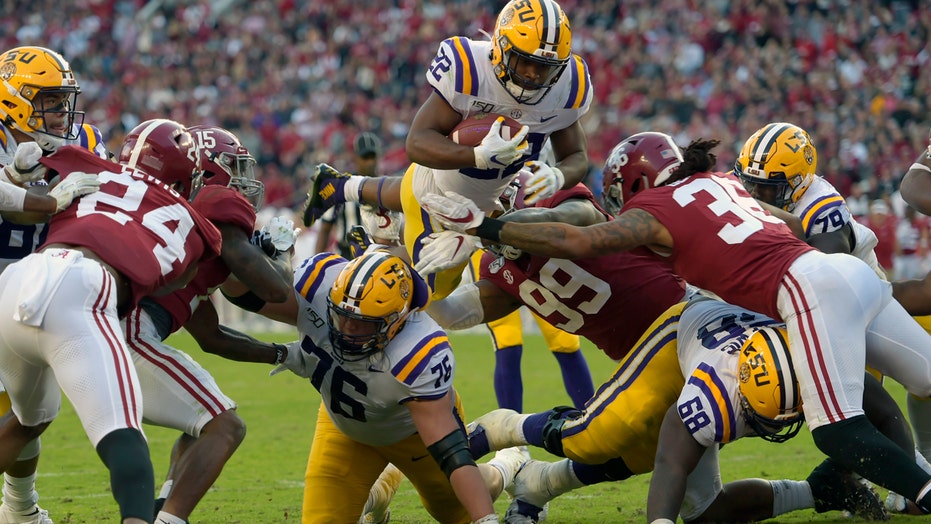 The Kansas City Chiefs selected running back Clyde Edwards-Helaire with the No. 32 pick of the 2020 NFL Draft on Thursday night.

The defending Super Bowl champions get to add another dynamic running back to pair with Damien Williams – who became an integral part of the Chiefs’ offense toward the end of the season.

CLYDE EDWARDS-HELAIRE: 5 THINGS TO KNOW ABOUT THE 2020 NFL DRAFT PROSPECT

Edwards-Helaire put together a fantastic 2019 season for the Tigers, who set records as an offense with Heisman Trophy-winning quarterback Joe Burrow leading the way.

He rushed for 1,414 yards and 16 touchdowns on 215 carries, which is good for a 6.6-yard per carry average. Edwards-Helaire started in 14 of 15 games for LSU, which went undefeated and claimed the national championship trophy. He was a fantastic receiving option as well. Edwards-Helaire had 55 receptions for 453 yards and a score, and as a kick returner, he had 10 returns for 214 yards.

At the team’s awards banquet back in December, Edwards-Helaire was named LSU’s MVP.

LSU becomes the latest LSU running back to try and have some success at the NFL ranks. Others on the list over the last 15 years? Joseph Addai, Stevan Ridley, Spencer Ware, Alfred Blue, Jeremy Hill, Leonard Fournette, and Derrius Guice.