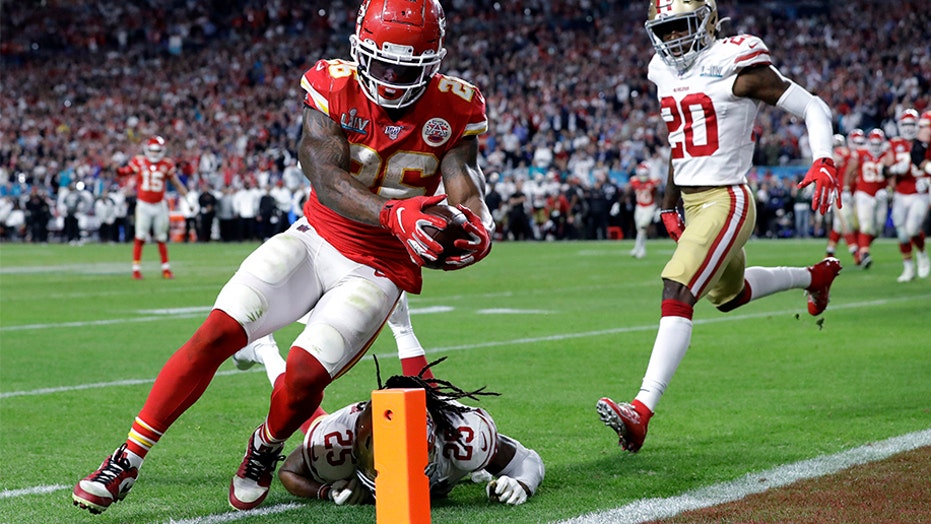 Kansas City Chiefs running back Damien Williams explained Thursday why he’s opting out of the 2020 season as the coronavirus pandemic is expected to loom large over the league.

The Chiefs announced Wednesday that Williams, who was an important player during Super Bowl LIV, would not play in 2020. Williams appeared on SiriusXM NFL Radio to discuss the difficult decision.

CHIEFS STAR RUNNING BACK OPTS OUT OF 2020 NFL SEASON

“It was hard. My mom is my rock, my everything ... My mom, she just was like, 'Whatever decision (you make), I'm behind you' ... Football is my life, especially coming off a championship and wanting to do a repeat -- which, you know, I know they're gonna handle that. But at the end of the day, this was something personal,” Williams said.

In 2019, Williams rushed for 498 rushing yards and five touchdowns, and had 30 receptions for 213 receiving yards. He was only limited to just 11 games due to injuries but played a significant role for the Chiefs during their playoff run, which led to a Super Bowl title.

In an AFC Divisional Round victory over the Houston Texans, Williams piled up three touchdowns, and a week later against the Tennessee Titans, he had another score with five receptions for 44 yards.

Against the San Francisco 49ers in the Super Bowl, Williams had 104 rushing yards on 17 carries with two touchdowns, including a 38-yard score to seal the game later in the fourth quarter.

Williams’ presence will certainly be missed, but the Chiefs drafted LSU running back Clyde Edwards-Helaire, who will now step into a starting role with the team and should produce immediately as the featured back.