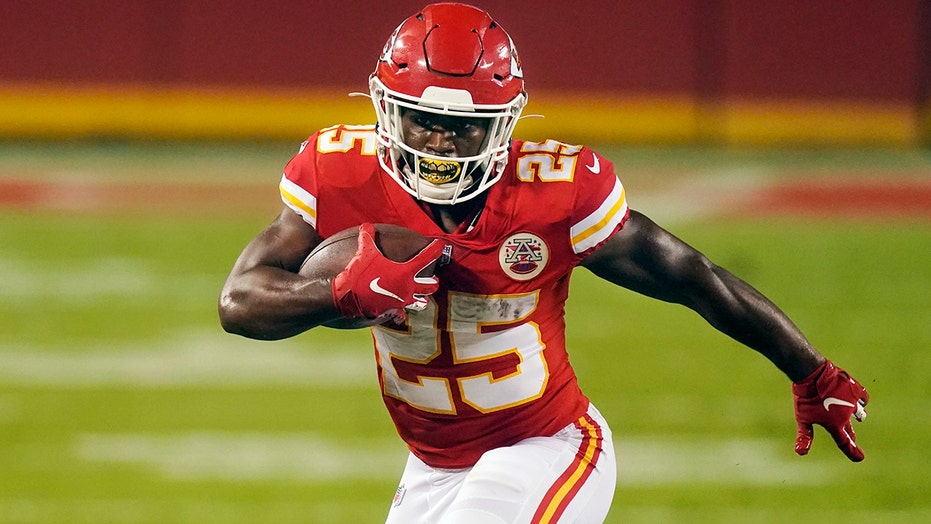 Kansas City Chiefs rookie Clyde Edwards-Helaire made history Thursday during a 34-20 win over the Houston Texans in the first game of the 2020 NFL season.

Edwards-Helaire put up a remarkable stat line for a player who had no professional experience up to the game and had a limited training camp along with no preseason games.

Edwards-Helaire recorded 138 rushing yards on 25 carried and scored a touchdown. His 27-yard scamper into the end zone came in the third quarter. It was a part of the Chiefs’ 31 unanswered points against the Texans between the second and fourth quarters of the game.

The running back’s performance put him in some exclusive company. He became the fourth player in the last 30 seasons to have at least 130 rushing yards and a touchdown in his pro debut, according to ESPN Stats & Info. He was also the youngest player to complete the feat, according to CBS Sports.

THESE ARE THE NFL OFFENSIVE ROOKIE OF THE YEAR FAVORITES, ODDSMAKERS, SAY

New York Giants running back Saquon Barkley was the last person to have more than 100 yards rushing and a touchdown in his debut. He did it in 2018 against the Jacksonville Jaguars.

Patrick Mahomes was asked after the game about the rookie’s debut.

“I mean he's been doing it since the day he got here,” Mahome said. “He's been working hard, he’s been learning from his mistakes and he's been running the ball between the tackles and catching out of the backfield and so, I thought the offensive line did a great job of giving him holes to run through and he hit it every single time and so, he's going to keep getting better. It's another weapon that I kind of have in this offense and we're going to keep doing whatever we can to keep moving the ball and scoring touchdowns.”