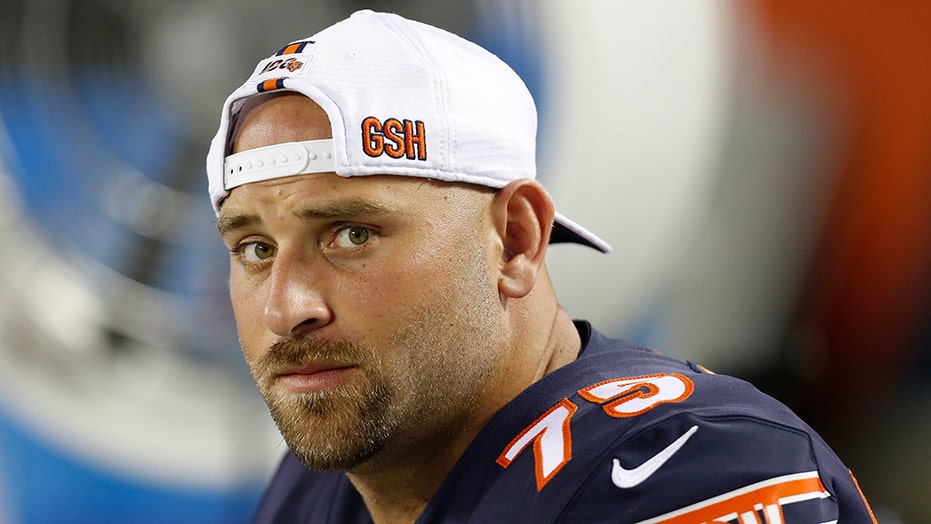 Cohen wanted to give his more than 200,000 followers on Instagram a live look at the celebration after the team defeated the Washington Redskins. Fans got more than they bargained for when a naked Long appeared in the background changing at his locker.

“Embarrassing?” Long jokingly asked when it was addressed Thursday, according to the Chicago Sun-Times. “Em-bare-a*s-ing!”

Cohen apologized to Long after he realized his teammate was naked on the video. However, Long was a bit more lighthearted about the entire situation.

“Had I known that I would be full nude on the internet, I probably would have prepared a little bit more,” he said. “But moving forward, you live and you learn.”

Long added: “[Cohen] texted me immediately. ‘I’m so sorry.’ I said, ‘Dude, it’s OK. Sh—t happens.’ What are you gonna do? The plane ride home was comedy club, as you can imagine.”

Cohen admitted he shouldn’t have been on social media in the locker room because it is a violation of league rules. However, any punishment is up to the franchise and not the league.

“I was trying to go shower, then next thing you know you’re on the internet,” Long said. “It was unfortunate, but we’re moving forward…I’m glad it happened after a win, so people are in a good mood, so they’re not making fun of me for my play and my whatever.”

The Bears are 2-1 after Monday’s win. Chicago plays at home against the Minnesota Vikings on Sunday.