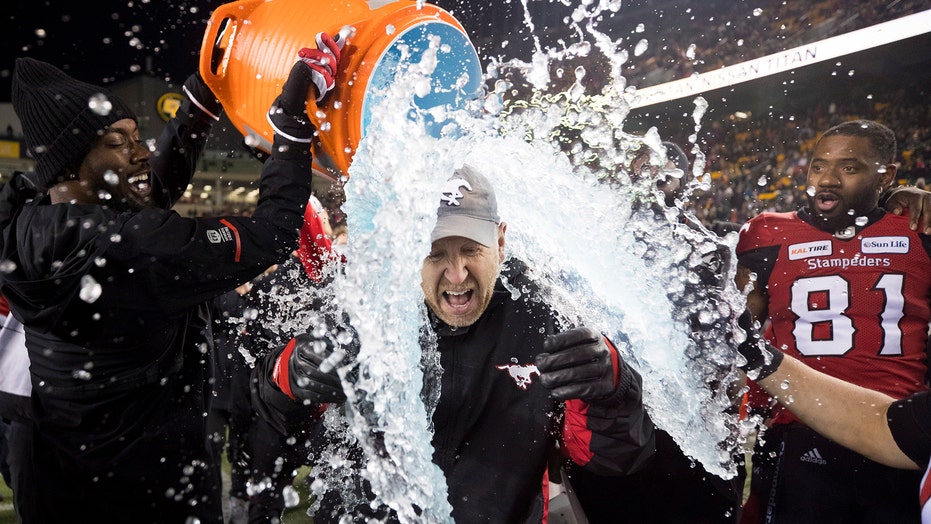 Canadian Football League Commissioner Randy Ambrosie said Thursday he believes the football league is a big part of Canadian culture and that the government should help with millions in assistance.

Ambrosie told the Canadian Press on Tuesday the league is asking for $30 million from Ottawa and could need another $120 million should the league decide to cancel the rest of the season.

CFL ASKING FOR MILLIONS IN ASSISTANCE, FLIRTING WITH CANCELING 2020 SEASON

He explained Yahoo Sports Canada why Ottawa should grant the league funding.

“My message to government is that we are as much a part of Canadian culture as we are a part of the Canadian sports landscape. That the work that we do in the community, I would argue, and I would take anybody on on this, that our teams and our players and our coaches do more in the communities than any other sports league in the world,” he said.

Ambrosie cited the work the teams do in the community as part of the effect the CFL has on the country.

“In part, the message is that this crisis is hitting us hard. It’s essentially brought our revenues to zero. Not a slowdown in revenues, it’s essentially brought our revenues to zero. That the possibility of getting our season up and running has been compromised. And you have to face the reality that we may not be able to have a season if this persists.

JAMEIS WINSTON ON JOINING SAINTS ON ONE-YEAR DEAL: 'LIKE A HARVARD EDUCATION IN QUARTERBACK SCHOOL'

Canadian Prime Minister Justin Trudeau acknowledged Thursday that the CFL had reached out to the government, according to Global News.

The CFL is estimated to bring in $200 million per year, according to ESPN. The league makes most of its money from ticket sales than it does on TV deals.

Quarterback Mike Reilly was making $500,000 in 2018 and was considered to be the league’s highest-paid player. He signed a four-year, $2.9 million deal with the B.C. Lions the following season.

The CFL had planned to start the season on June 11 but already announced it would be delayed until at least September.