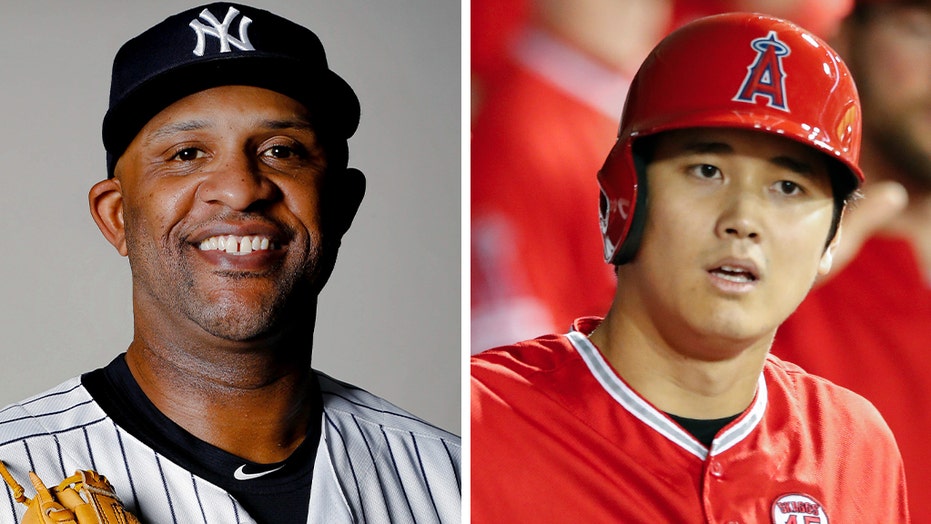 Former New York Yankees pitcher CC Sabathia has played with and against some all-time great players over his 19 years in the big leagues, which is why his most recent statement on the “R2C2 is UNINTERRUPTED” podcast may be eye-opening for some avid baseball followers.

Sabathia had some strong words for co-host Ryan Ruocco when it came to talking about Los Angeles Angels two-way player Shohei Ohtani.

“I keep saying this and people always laugh at me when I say this but he’s the best baseball player I’ve ever seen in my life,’’ Sabathia said. “Are you kidding me? He can hit the ball 900 feet and throws 99 [mph] off the mound. Who else can do that? Nobody else is doing that at the big-league level.’’

Sabathia, who retired after last season, pitched 11 seasons for the Yankees and played with Derek Jeter, Alex Rodriguez, Mariano Rivera and Robinson Cano. And he faced guys like Manny Ramirez, Mike Trout, Albert Pujols and Miguel Cabrera, among others.

PHILLIES' AARON NOLA READY FOR SEASON REGARDLESS OF MLB PLANS: 'WHEREVER THEY WANT TO PLAY, I'LL PLAY'

Sabathia is impressed with Ohtani, who has played in just 210 MLB games since joining the Angels in 2018 as a pitcher and outfielder.