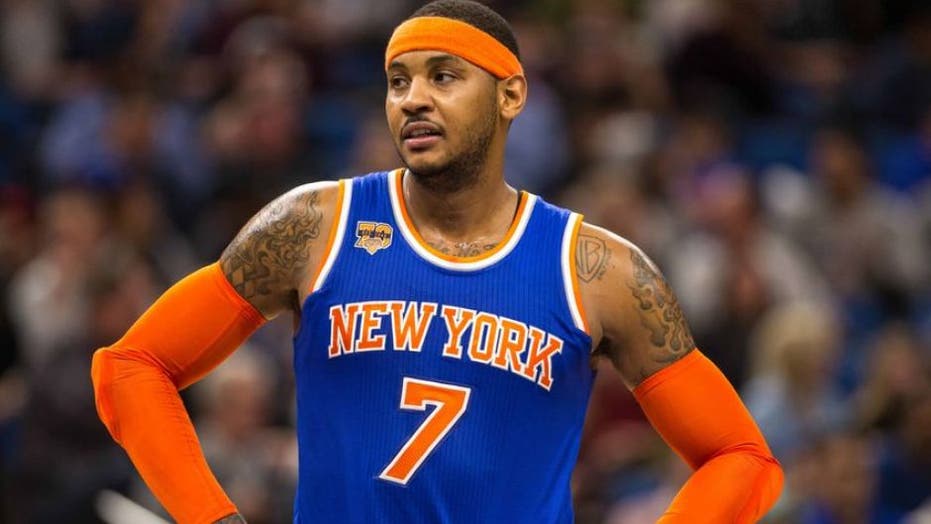 Carmelo Anthony reportedly agreed to a contract with the Portland Trail Blazers and is set to make his NBA return after only appearing in 10 games last season for the Houston Rockets.

Portland has won only four of its first 12 games after making the Western Conference Finals last season. The team is hoping Anthony can add another dynamic to the offense. ESPN first reported that Anthony had signed with the Trail Blazers and could report to the team for its upcoming road trip.

HAWKS’ HUERTER OUT AT LEAST 2 WEEKS WITH SHOULDER INJURY

Portland has yet to announce or confirm the signing.

Anthony, 35, played 14 seasons between the Denver Nuggets and New York Knicks before he began to jump around from team to team. The Knicks traded Anthony to the Oklahoma City Thunder in 2017. The Thunder then included him in a three-team trade in 2018 in which the scorer was shipped to the Atlanta Hawks.

After the Hawks waived him, Anthony signed with the Rockets. He appeared in 10 games for Houston but never meshed well with the offense that was being run there. In January, he was traded to the Chicago Bulls but was waived several days later.

Anthony is a 10-time All-Star and six-time All-NBA selection. He won the scoring title during the 2012-13 season. He has averaged 24 points and six rebounds over his career and has shot 44.9 percent from the field.