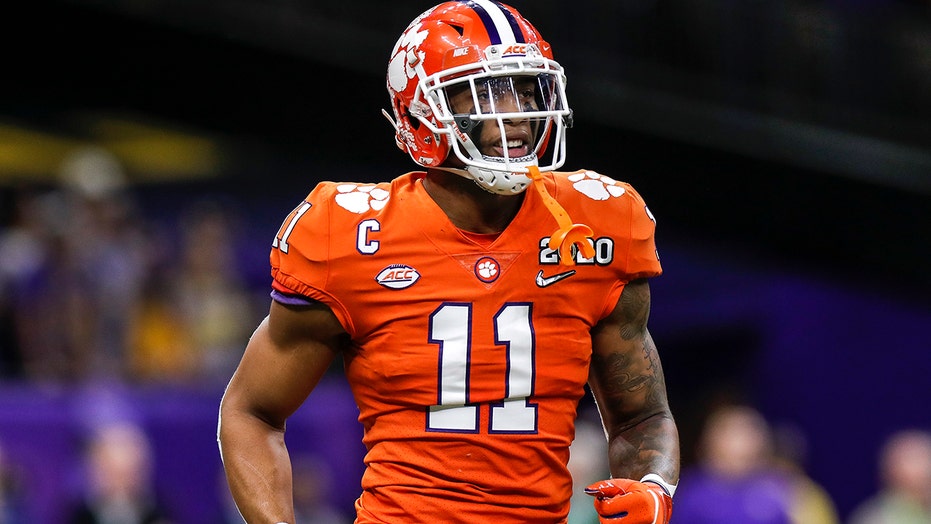 The Arizona Cardinals selected linebacker Isaiah Simmons with the No. 8 pick of the 2020 NFL Draft on Thursday night.

Simmons slid out of the top 5 in the draft and landed in Arizona, who now has a ferocious linebacker on defense. Simmons, according to many experts, is among the top 5 overall players in the draft and for him to fall to the Cardinals is a bit of a surprise.

ISAIAH SIMMONS: 5 THINGS TO KNOW ABOUT THE 2020 NFL DRAFT PROSPECT

The former Clemson star, an athletic defender who transitioned from safety in 2017 to the starting nickel/SAM linebacker position in 2018, was named the Butkus Award winner as the nation’s top linebacker in 2019 in only his second year at the position. Simmons became the first player in the history of the program to win the Butkus Award.

Simmons finished his Clemson career credited with 253 tackles (28.5 for loss), 10.5 sacks, 22 pass breakups, four interceptions -- including one returned for a touchdown -- and five forced fumbles and a fumble recovery in 1,856 career snaps over 44 games (29 starts).

There was a time when Simmons was thought to have gone as high as No. 2 in the draft.

Arizona was 5-10-1 last season. The team was 28th in points allowed and 32nd in yards allowed.